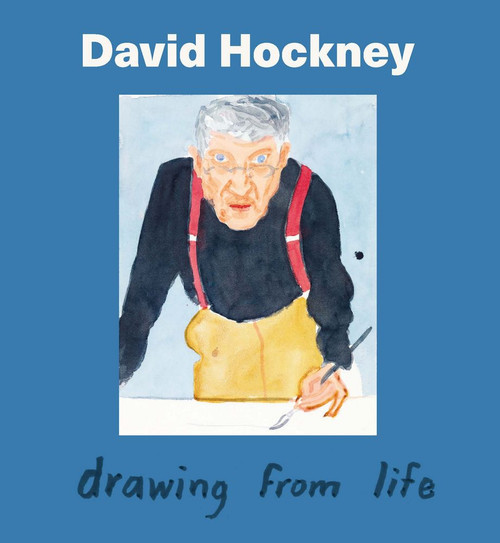 This book, which accompanies the first major exhibition devoted to David Hockney's drawings inover 20 years,will explore Hockney as a draughtsman from the 1950s to now, with a focus on himself, his family and friends. From Ingres to the iPad -this book demonstrates the artist's ingenuity in portrait drawing with reference to both tradition and technology.

David Hockney is recognised as one of the master draughtsmen of our times and a champion of the medium. This book will feature Hockney's work from the 1950s to now and focus on his depictions of himself and a smaller group of sitters close to him: his muse, Celia Birtwell; his mother, Laura Hockney; and his friends, the curator, Gregory Evans, and master printer, Maurice Payne.

This book will examine not only how drawing is fundamental to Hockney's distinctive way of observing the world around him, but also how it has been a testing ground for ideas and modes of expression later played out in his paintings.

From Old Masters to modern masters, from Holbein to Picasso, Hockney's portrait drawings reveal his admiration for his artistic predecessors and his continuous stylistic experimentation throughout his career.

Alongside an in-depth essay from the curator, this book will feature an exclusive interview between author and curator, Sarah Howgate, and artist, David Hockney. In addition, an 'In Focus' essay by British Museum curator Isabel Seligman, will explore the relationship between Hockney, Ingres and Picasso drawings.

David Hockney (Lives of the Artists)

Keanu Reeves' Guide to Kindness: 50 Simple Ways to Be Excellent