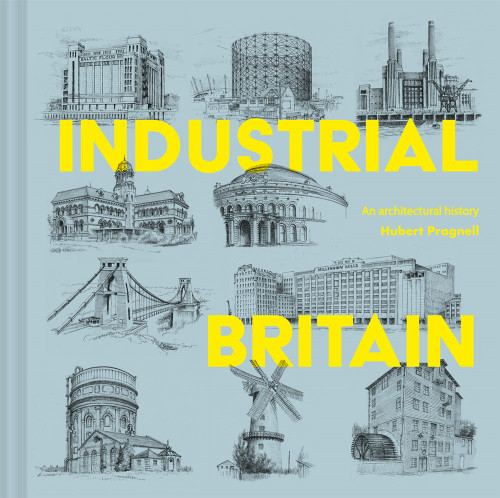 Industrial Britain details the history of industrial architecture in Britain by architectural historian and artist, Hubert Pragnell. A fascinating insight into Britain's industrial past as evidenced by its buildings, richly illustrated throughout with line drawings. Industrial Britain takes a catholic view of its subject, going back far beyond the mills and machine houses of the Industrial Revolution to cover the power stations and monumental bridges of Britain, and including too the buildings and engineering projects associated with the distribution of manufactured goods - docks, canals, railways and warehouses. Dividing its immense subject by purpose, from fire, forges and furnaces to the architecture of the Railway Age, temples of mass production to dock and harbour buildings, Industrial Britain tells the story of development and ultimate decline. As manufacturing has been increasingly supplanted by services in contemporary Britain, new uses have be found for at least some of Britain's great industrial buildings - not least as containers for art and heritage.

Digging Up Britain: A New History in Ten Extraordinary Discoveries

The Turning Point in Architectural Design