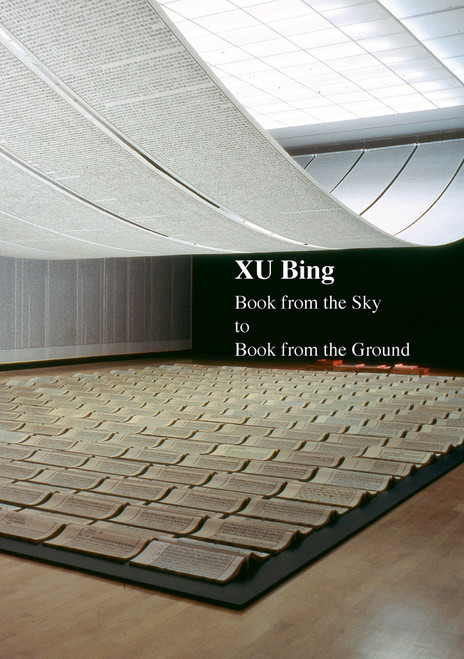 "The written word is the most basic element of human culture. To touch the written word is to touch the essence of culture." - Xu Bing Book from the Sky certainly seemed to have fallen from the heavens: the text of this installation piece was written in a new language that resembled traditional Chinese. No matter who scours Xu Bing's book for 'meaning', they will only discover a semblance of it: mutated characters that resist interpretation. Carving out approximately four thousand wood blocks by hand, Xu Bing spent four years, from 1987 to 1991, making (in his own words) "something that said nothing". After creating a book no one could read, it only made sense for Xu Bing to develop his next project: a book that transcended barriers of language: Book from the Ground. Composed entirely of pictographs, Book from the Ground is a groundbreaking study into the concept of universal communication. Whether his goal is total comprehension or confusion, Xu Bing's masterful exploration of language challenges the way we think about the written word.

The Books that Shaped Art History: From Gombrich and Greenberg to Alpers and Krauss

Max's Picnic Book: An Ode to the Art of Eating Outdoors, From the Authors of Max's Sandwich Book

Art Brut. The Book of Books