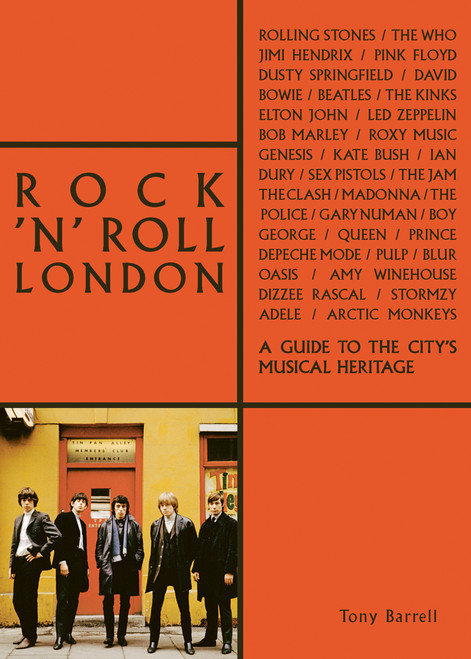 Discover the London landmarks associated with some of the biggest names in musical history. The culmination of detailed research into where the greats stayed, rehearsed, recorded and died. Forms part of a wider series that explores the UK capital. London teemed with top-rated singers and musicians during the '60s and '70s, whether they were squatting, playing gigs or investing in multi-million pound mansions. Follow McCartney and co. to the quiet flat on Green Street that was their refuge before the Beatlemaniacs sought them out. Wind back time to when Loog Oldham locked Mick and Keith in their flat and demanded they compose a song. From the zany to the tragic - it was in St Mary Abbot's Hospital, Kensington where Jimi Hendrix was pronounced dead - this is a guidebook like no other, a pilgrimage dedicated to the rock 'n' roll greats.

Pretty Little London: A Seasonal Guide to the City's Most Instagrammable Places

Bike London: A Guide to Cycling in the City

Queer London: A Guide to the City's LGBTQ+ Past and Present

How TV Can Make You Smarter