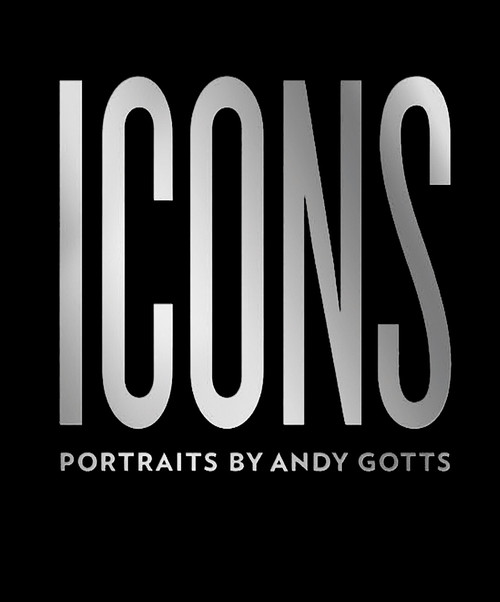 Andy Gotts has spent the last ten years putting together this beautiful ICONS book. Filled with the most iconic faces from movies, cinema and fashion. This title is accompanied by the ICONS exhibition which will be featured in the world-renowned Maddox Galleries. "His forte is the absolutely direct black and white portrait, full-on, sometimes grainy and remorseless in the detailing of complexion, sometimes mischievously witty and unexpected, always completely unforgettable." - Stephen Fry "Andy Gotts is a genius of his craft" - Tom Hanks In 1990 Andy Gotts, then a young photography student at Norfolk College of Arts and Technology, approached Stephen Fry at an event to ask him for a portrait. That brief meeting led to an even briefer photographic session (90 seconds), during which Andy realised he had discovered his photographic approach: "I cannot remember what I said to provoke the expressions and reactions I had in these 10 frames, but that was it... BOOM! ... my eureka moment. It was like a huge weight was lifted from my shoulders and I knew celebrity portraits were the way for me." Andy's unique portrait style - rapidly taken and often face-on - is admired for capturing the charisma of famed sitters such as Kylie Minogue, Meryl Streep, Harrison Ford and Kirk Douglas. Andy's chatty, quick-fire approach led Paul Newman to nickname him 'One Shot Gotts'. The photographs that Andy creates are naturalistic, eschewing the seductive technological traps of airbrushing and heavy styling. Andy Gotts was awarded an MBE in 2012 for his contribution to photography