Mr Brainwash: Franchise of the Mind 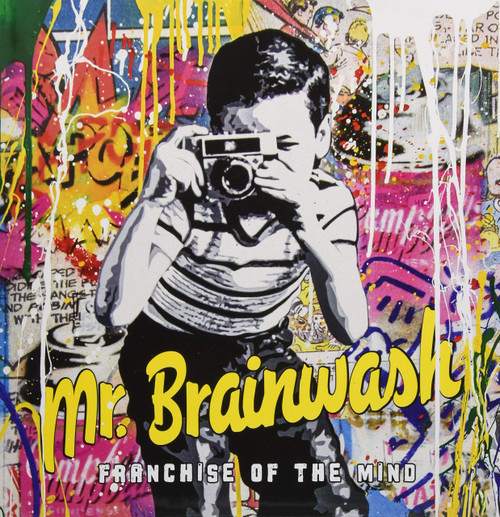 Mr Brainwash: Franchise of the Mind

• Follows on from the success of Exit through the Gift shop, the documentary film about Mr. Brainwash directed by Banksy

The ardent voice of contemporary pop artist Mr. Brainwash pushes the envelope of pop culture from screen to street art to gallery. French-born filmmaker Thierry Guetta took on the moniker of Mr. Brainwash after expatriating to Los Angeles. Armed with wheat paste, spray cans, brushes and paint buckets, Mr. Brainwash set aside the video camera and attacked the streets in 2006 with stencils and posters of beloved icons and quickly became a renowned figure in the burgeoning street art scene alongside Banksy, Space Invader, and other urban art brinkmen. Playful and colourful with a hint of mischief, each work is a journey through his pop culture wonderland. His works have been collected on all continents and have attracted hundreds of thousands of visitors to his massive solo art shows. He has created cover artwork, album campaigns, music videos, and installations for a variety of the most iconic figures and brands including Madonna, Michael Jackson, Coca-Cola, Levi's, Mercedes, and many others. With critical essays by art historians Eleanor Heartney and Donald Kuspit, this fully illustrated volume is the first full treatment of the artist available to the book trade.

Christopher Winter: Archipelago of the Mind