The World Is Not Big Enough: The Truth Is a Foreign Country for a Refugee 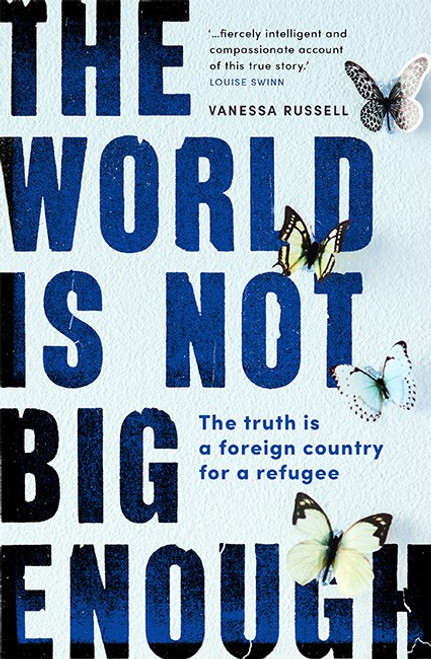 The World Is Not Big Enough: The Truth Is a Foreign Country for a Refugee

The World Is Not Big Enough is the story of one woman's journey to understand the human side of a broken system. At once an investigation into the murder of a refugee and a compassionate exploration of who he was, The World Is Not Big Enough exposes the ways we are all affected by Australia's migration policies and their history. In 2013, on a whim Vanessa Russell googled Ahmad Shah Abed, an Afghan asylum seeker she had exchanged letters with a decade earlier, to find he had been murdered in 2009. The news came as a shock. Ahmad Shah had been living in detention in Port Hedland when Vanessa had first started writing to him as a student hoping to do some good. Their relationship had been brief but impactful. After all these years, Vanessa couldn't shake the feeling that she had failed him. With the news of Ahmad Shah's murder, Vanessa realised she needed to find answers. The World Is Not Big Enough tracks Vanessa's journey as she tries determinedly to unravel what happened to Ahmad Shah and why. Deeply felt and superbly written, the book travels with Vanessa to Port Hedland, Christmas Island and Perth as she interviews Ahmad Shah's friends, fellow refugees, refugee advocates, support workers, people who worked in detention centres, and spends a year talking with the murderer himself. What she uncovers is the multi-layered and often untold story of detention in Australia and its very human consequences.

Truth, Love & Clean Cutlery: A New Way of Choosing Where to Eat in the World

The Travel Book: A Journey Through Every Country in the World

Claude Monet: The Truth of Nature