The Cathedral is Dying 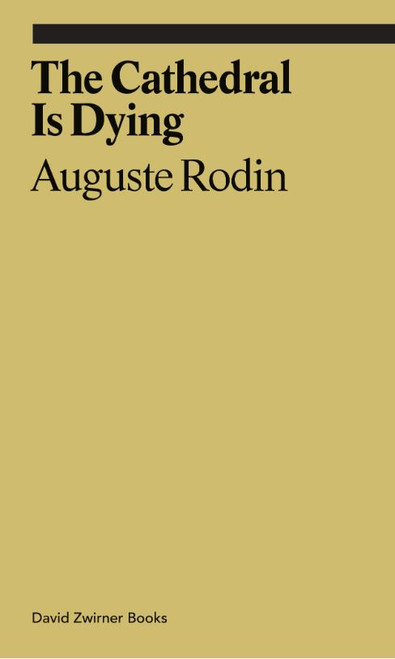 The Cathedral is Dying

In this volume, the writer and Rodin scholar Rachel Corbett selects excerpts from the famous sculptor¬ís book Cathedrals of France, first published in 1914, just before the outbreak of World War I. Cathedrals were central to the way Rodin thought about his art: he saw them as visual metaphors for the human figure, among the finest examples of craftsmanship known to modern man, and as a model for how to live and work¬óslowly, brick by brick.

Here, Corbett takes the fire at Notre Dame and the concerns over its restoration as an entry point in an exploration of Rodin¬ís cathedrals. Rodin adamantly opposed restoration, as he felt it often did more damage than the original injury. (Many of the cathedrals that Rodin looks at in his texts were, in fact, bombed during the war.) But while he rails against various restoration efforts as evidence that ¬ìwe are letting our cathedrals die,¬î the book, with its tenderly rendered sketches and written portraits, is itself an attempt to preserve these cathedrals. The selection of texts in this volume is a reminder¬óas is the tragedy of Notre Dame¬óof why we ought to appreciate these feats of architecture, whether or not they are still standing today.

Nature's Cathedral: A celebration of the Natural History Museum building