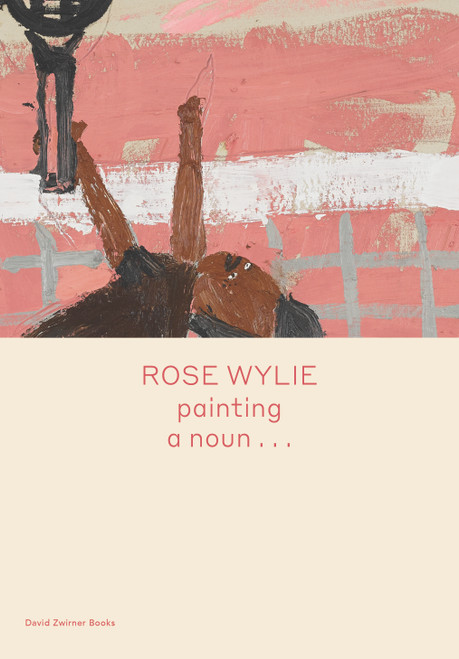 Celebrated British painter Rose Wylie¬ówhose works are at once tactile, cerebral, and humorous¬óoften draws her influence from a wide range of popular culture. Here her newest body of work references memories from her own life and mimics the way memories evolve and change over time.

Wylie¬ís source material is culled from the vast visual world around her, ranging from sixteenth-century British estates to Serena Williams and the French Open. While initially these may seem random or aesthetically simplistic, through the nuanced use of humor, language, and compositional structure, Wylie creates wittily observed and subtly sophisticated meditations on the nature of memory, and visual representation itself, in line with the paintings she has become known for over the course of her career.

A new essay by art critic Michael Glover explores the remarkable painter whose work has ¬ìspark, assurance, brash humor, an extraordinary, freewheeling eclecticism that seems to be just as ready to suck in references to the art of Ptolemaic Egypt and Roman portraiture as to pay homage to the films of Quentin Tarantino and the late paintings of Philip Guston.¬î Part of David Zwirner Books¬ís Spotlight Series, this book features Wylie¬ís newest paintings and drawings and is published on the occasion of the artist¬ís 2020 solo exhibition of these works at David Zwirner Hong Kong.