Adam Pendleton: Who Is Queen? A Reader 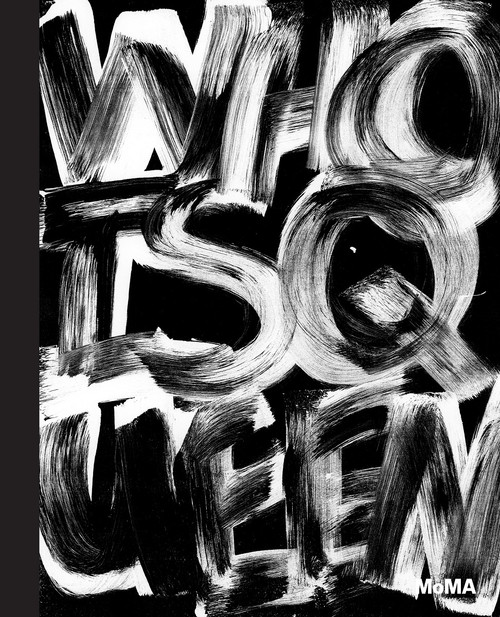 Adam Pendleton: Who Is Queen? A Reader

Adam Pendleton (American, b. 1984) is a conceptual artist who uses historical and aesthetic content from visual culture to explore the ways in which context influences meaning. Drawing from a substantial archive that references both artistic and cultural movements, including Dada, Minimalism, Black Power, and the Civil Rights movement, among others, Pendleton reconfigures words, forms, and images to provoke critical questioning.

Published to accompany a multimedia installation at MoMA, this reader serves as a primer and handbook to the exhibition and features an artist intervention of photocopied textual sources, many of which directly relate to the content and programming of the exhibition. The project questions the notion of the museum as repository, and addresses the influence that mass movements, including those of the last decade such as Black Lives Matter and Occupy, can have on the exhibition as form. Drawing on the work of figures as disparate as Michael Hardt, Ruby Sales, and Glenn Gould, Who Is Queen? seeks to explore the nexus of abstraction and politics.


About the Author
Stuart Comer is The Lonti Ebers Chief Curator, Department of Media and Performance at The Museum of Modern Art, New York. Adrienne Edwards is Engell Speyer Family Curator and Curator of Performance at the Whitney Museum of American Art, New York. Danielle A. Jackson is a Curatorial Assistant in the Department of Media and Performance at MoMA. Mario Gooden is a principal and founder of Huff + Gooden Architects. Adam Pendleton is a conceptual artist works in a wide array of mediums (painting, collage, video, and installation), Pendleton’s methodology is known as “Black Dada,” a process that brings together disparate voices while simultaneously addressing the codes of representation and abstraction, the aesthetics of blackness, and the uses of language. Lynne Tillman is a novelist, short story writer, and cultural critic.

Who Lives in the Savannah? (Soundbook)

Queens: Women Who Ruled, from Ancient Egypt to Buckingham Palace