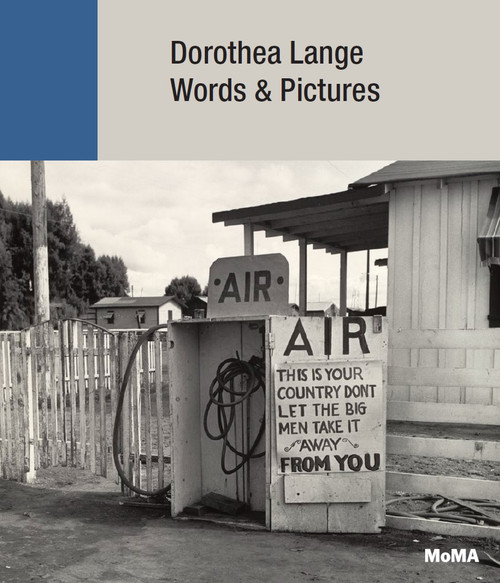 Towards the end of her life, Dorothea Lange (American, 1895¬ñ1965) remarked that ¬ìall photographs¬ónot only those that are so-called ¬ëdocumentary,¬í and every photograph really is documentary and belongs in some place, has a place in history¬ócan be fortified by words.¬î Though Lange¬ís career is widely heralded, this connection between words and pictures has received scant attention. Published in conjunction with an exhibition at The Museum of Modern Art, this catalogue provides a fresh approach to some of her best-known and beloved photographs, highlighting the ways in which these images first circulated in magazines, government reports, books, etc.

An introductory text by curator Sarah Hermanson Meister will be followed by plates organized according to ¬ìwords¬î from a variety of sources that expand our understanding of the photographs. The featured photographs will range from Lange¬ís first engagement with documentary photography in San Francisco in the early-mid 1930s, including her iconic White Angel Breadline (1933), to landmark photographs she made for the Resettlement Administration (later the Farm Security Administration) such as Migrant Mother (1936), powerful photographs made during World War II in California¬ís internment camps for Japanese-Americans, major photo-essays published in Life magazine on Mormon communities in Utah (in 1954) and County Clare, Ireland (in 1955), and quietly damning photographs made in the Berryessa Valley in 1956-57, before the region was flooded by the construction of a dam intended to address California¬ís chronic water shortages.