René d'Harnoncourt and the Art of Installation 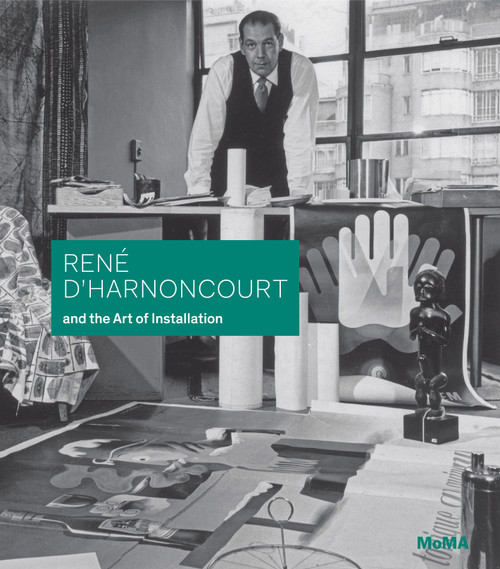 René d'Harnoncourt and the Art of Installation

A biography of Ren√© d¬íHarnoncourt, the Director of The Museum of Modern Art, New York, from 1949 to 1968. Ren√© d¬íHarnoncourt served as the Director of The Museum of Modern Art from 1949 to 1968, and was known for his conscientious approach to curating exhibitions and his genius for installation design and display. His interest in non-Western and non- Modern art shaped much of MoMA¬ís ambitious programming in the mid-20th century: in addition to shows addressing modern art, such as The Sculpture of Picasso (1968) and Timeless Aspects of Modern Art (1948-49), he also organized exhibitions devoted to themes not usually associated with MoMA, including Indian Art of the United States (1941), Arts of the South Seas (1946), Ancient Arts of the Andes (1954) and Art of the Asmat: The Collection of Michael C. Rockefeller (1962). This publication delves deep into the MoMA archives to reveal d¬íHarnoncourt¬ís mastery of installation through an essay by Michelle Elligott and an exploration of twelve of the exhibitions he organized at MoMA, each richly illustrated by d¬íHarnoncourt¬ís own sketches ¬ñ many of them previously unpublished ¬ñ alongside installation photographs. A master draftsman, d¬íHarnoncourt produced meticulous sketches of installation vistas as well as the objects included in his exhibitions. An illustrated chronology of d¬íHarnoncourt¬ís life rounds out the volume, detailing his multifaceted journey from birth as a Count into a landowning family in Austria, to his time as a commercial artist in Mexico, to his post working for Nelson A. Rockefeller in the U.S. State Department (Office of the Coordinator of Inter-American Affairs), which eventually led to his appointment at MoMA.