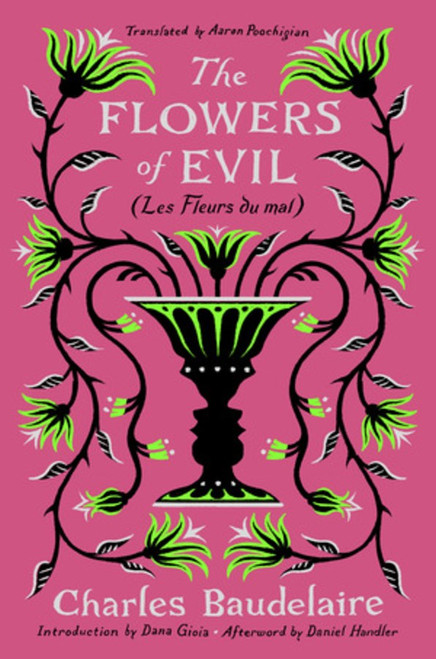 Known to his contemporaries primarily as an art critic, but ambitious to secure a more lasting literary legacy, Parisian bohemian Charles Baudelaire, spent much of the 1840s composing gritty, often perverse, poems that expressed his disgust with the banality of modern city life. First published in 1857, the book that collected these poems together, Les Fleurs du mal, was an instant sensation-earning Baudelaire plaudits and, simultaneously, disrepute. Only a year after Gustave Flaubert had endured his own public trial for published indecency (for Madame Bovary), a French court declared Les Fleurs du mal an offense against public morals and six poems within it were immediately suppressed (a ruling that would not be reversed until 1949, nearly a century after Baudelaire's untimely death). Subsequent editions expanded on the original, including new poems that have since been recognised as Baudelaire's masterpieces, producing a body of work that stands as the most consequential, controversial and influential book of poetry from the nineteenth century. Acclaimed translator and poet Aaron Poochigian tackles this revolutionary text with an ear attuned to Baudelaire's lyrical innovations-rendering them in "an assertive blend of full and slant rhymes and fluent iambs" (A.E. Stallings)-and an intuitive feel for the work's dark and brooding mood. Poochigian's version captures the incantatory, almost magical, effect of the original-reanimating for today's reader Baudelaire's "unfailing vision" that "trumpeted the space and light of the future" (Patti Smith). An introduction by Dana Gioia offers a probing reassessment of the supreme artistry of Baudelaire's masterpiece, and an afterword by Daniel Handler explores its continued relevance and appeal. Featuring the poems in English and French, this deluxe dual-language edition allows readers to commune both with the original poems and with these electric, revelatory translations.