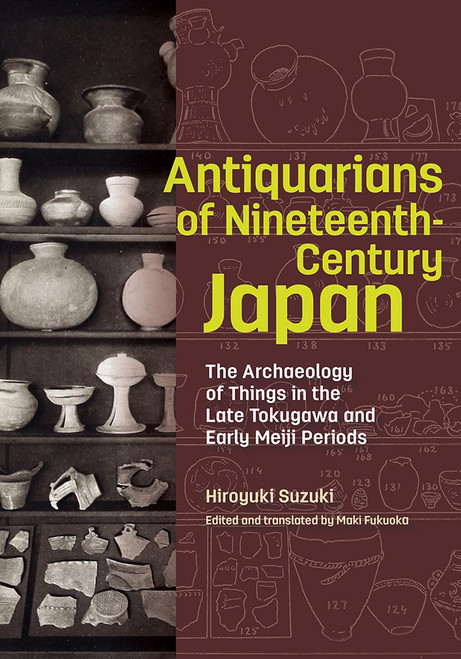 "Originally published in Japanese, Antiquarians of Nineteenth-Century Japan looks at the approach toward object-based research across the late Tokugawa and early Meiji periods, which were typically kept separate, and elucidates the intellectual continuities between these eras. Focusing on the top-down effects of the professionalizing of academia in the political landscape of Meiji Japan, which had advanced by attacking earlier modes of scholarship by antiquarians, Suzuki shows how those outside the government responded, retracted, or challenged new public rules and values. He explores the changing process of evaluating objects from the past in tandem with the attitudes and practices of antiquarians during the period of Japan's rapid modernization. He shows their roots in the intellectual sphere of the late Tokugawa period while also detailing how they adapted to the new era. Suzuki also demonstrates that Japan's antiquarians had much in common with those from Europe and the United States. Art historian Maki Fukuoka provides an introduction to the English translation that highlights the significance of Suzuki's methodological and intellectual analyses and shows how his ideas will appeal to specialists and nonspecialists alike. "

The Early Picasso: The Blue and the Rose Period