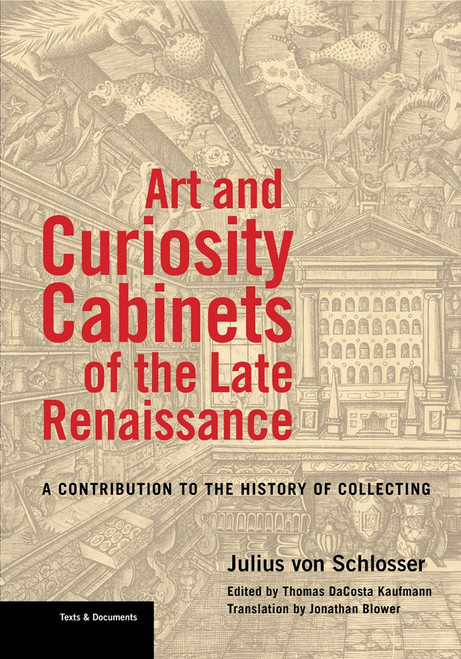 For the first time, the pioneering book that launched the study of art and curiosity cabinets is available in English. Julius von Schlosser's Die Kunst- und Wunderkammern der Spatrenaissance (Art and Curiosity Cabinets of the Late Renaissance) is a seminal work in the history of art and collecting. Originally published in German in 1908, it was the first study to interpret sixteenth- and seventeenth-century cabinets of wonder as precursors to the modern museum, situating them within a history of collecting going back to Greco-Roman antiquity. In its comparative approach and broad geographical scope, Schlosser's book introduced an interdisciplinary and global perspective to the study of art and material culture, laying the foundation for museum studies and the history of collections. Schlosser was an Austrian professor, curator, museum director, and leading figure of the Vienna School of art history whose work has not achieved the prominence of his contemporaries until now. This eloquent and informed translation is preceded by Thomas DaCosta Kaufmann's substantial introduction. Tracing Schlosser's biography and intellectual formation in Vienna at the turn of the twentieth century, it contextualizes his work among that of his contemporaries, offering a wealth of insights along the way.

A Parisian Cabinet of Curiosities: Deyrolle