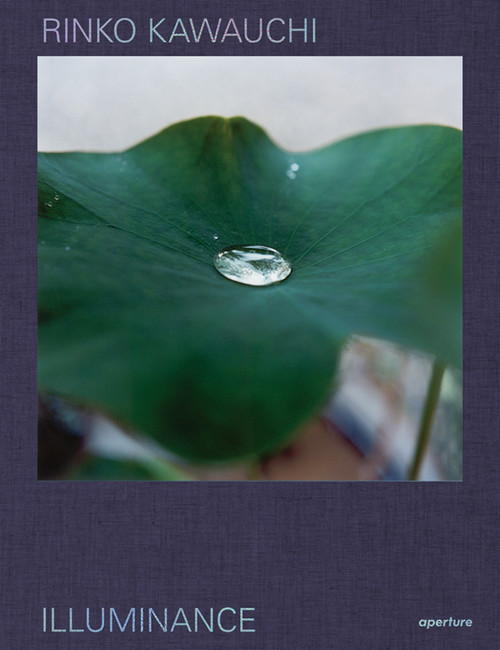 Ten years after publishing Illuminance in 2011, Aperture is delighted to bring this beloved book back into print, retaining Rinko Kawauchi’s original sequence and signature melding of keenly observed gestures, quotidian detail, and a finely honed palette.

About the Author
Rinko Kawauchi (born in Shiga, Japan, 1972) studied graphic design and photography at Seian University of Art and Design, Otsu, Japan. She has published over twenty/five books of her work, including Hanako, Utatane, and Hanabi, a trio of “first books” published simultaneously in 2001. Her work is collected and exhibited widely, and she won a Kimura Ihei Photography Award (2002) and International Center of Photography Infinity Award in Art (2009); and was shortlisted for the Deutsche Börse Photography Prize (2012). Kawauchi lives and works in Tokyo.

David Chandler is professor of photography at the University of Plymouth, UK. He has held various curatorial roles in museums and galleries, including at the National Portrait Gallery, London (1982–88) and Photographers’ Gallery, London (1988–95); and as the director of Photoworks in Brighton, UK (1997¬–2010).

Lesley A. Martin is creative director of Aperture Foundation and publisher of The PhotoBook Review.

Masatake Shinohara is associate professor at Kyoto University, with a primary focus on contemporary philosophy, environmental humanities, architecture, and art. In 2016, he served as cocurator of the Japan Pavilion at the Venice Architecture Biennale.