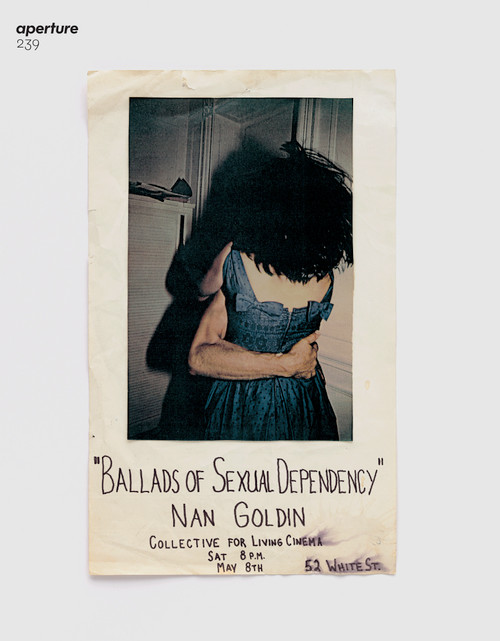 Published in 1986, Nan Goldin¬ís Ballad of Sexual Dependency, with its fresh, unflinching portrayal of the photographer¬ís circle of friends, dramatically changed the course of photography. Decades on, the series retains its searing power, influencing new generations of artists. Goldin herself remains a bold, singular force in our culture. Recently, she has taken on the Sackler family, shining a light on their role in creating America¬ís opioid crisis. Goldin¬ís trenchant activism is a reminder of the artist¬ís power to effect social change. The Ongoing Ballad issue of Aperture magazine is organized around the themes contained within the original ballad¬óintimacy, friendship, community, love, sex, trauma, music¬ówhile also honoring the urgent role of the artist as a force for cultural and social change.