Bieke Depoorter: As it may be 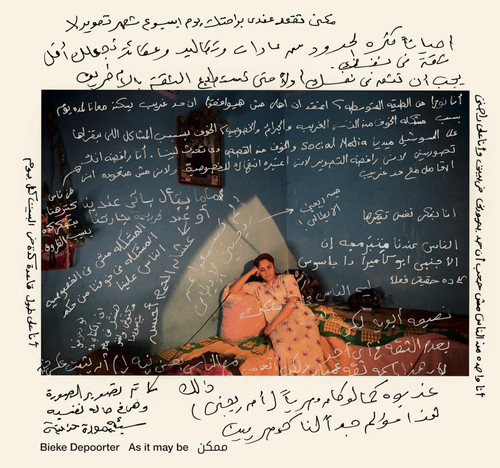 Bieke Depoorter: As it may be

Bieke Depoorter has traveled to Egypt regularly since the beginning of the Egyptian Revolution in 2011. When permitted, she stayed overnight in the homes of Egyptian civilians and families, documenting their lives with an intimacy rarely offered to a stranger. Depoorter aimed to examine the impact that political events were having on individuals by portraying them in their homes¬óthe only spaces not occupied by the riots¬ówhere an illusion of normalcy was evident. She continued her project by constructing a book dummy and revisiting the families and individuals photographed, asking them to annotate and comment on the images themselves. The result captures a rare and candid dialogue between photographer and subject, while also exposing Egyptian life and creating a new understanding of the intersection between culture, religion, politics, and privacy in the country. In her first major publication, this Magnum photographer has depicted a population and culture in transition with integrity, commitment, and respect.

Save the Day for Ada May!