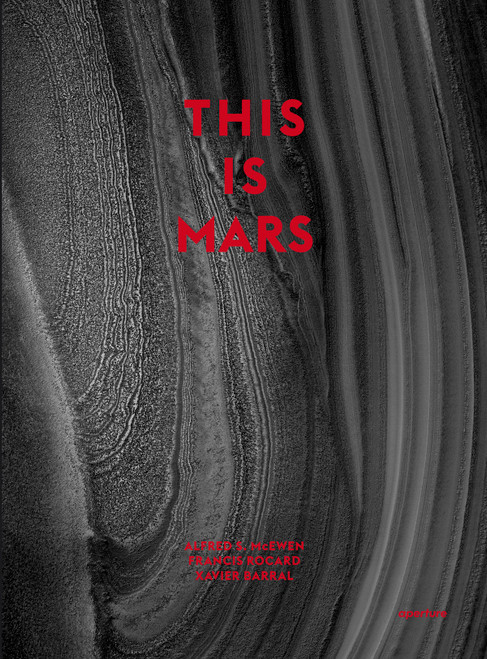 This Is Mars offers a thrilling visual experience of the surface of the red planet. The multi-award-winning French editor and designer Xavier Barral has chosen and composed photographic frames, drawn from the comprehensive photographic map of Mars made by the U.S. observation satellite MRO (Mars Reconnaissance Orbiter), to revel in the wonder of Mars. What Yann Arthus-Bertrand did with a light aircraft for The Earth from the Air , Barral does for Mars¬óby scouring tens of thousands of gigabytes of satellite photographs available from NASA, seeking out the most distinct images of the planet¬ís surface. The result is visionary¬óa great science book, a unique artist¬ís book, and a stunning object. The photographs are accompanied by an introduction from research scientist Alfred S. McEwen, principle investigator of the HiRISE telescope; an essay by astrophysicist Francis Rocard, who explains the story of Mars¬ís origins and its evolution; and a timeline by geophysicist Nicolas Mangold, who demystifies some of Mars¬ís geological history. Now available as a mid-sized, accessibly priced edition, This Is Mars will excite lovers of great photobooks, and everyone curious about the universe and beyond.

Build Your Own Mars Colony

Moving to Mars: Design for the Red Planet