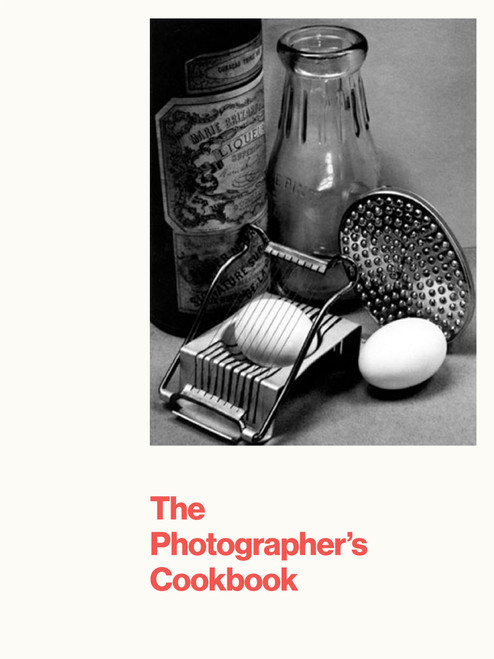 In the late 1970s, the George Eastman House approached a group of photographers to ask for their favorite recipes and food-related photographs to go with them, in pursuit of publishing a cookbook. Playing off George Eastman¬ís own famous recipe for lemon meringue pie, as well as former director Beaumont Newhall¬ís love of food, the cookbook grew from the idea that photographers¬í talent in the darkroom must also translate into special skills in the kitchen. The recipes do not disappoint, with Robert Adams¬ís Big Sugar Cookies, Ansel Adams¬ís Poached Eggs in Beer, Richard Avedon¬ís Royal Pot Roast, Imogen Cunningham¬ís Borscht, William Eggleston¬ís Cheese Grits Casserole, Stephen Shore¬ís Key Lime Pie Supreme, and Ed Ruscha¬ís Cactus Omelet, to name a few. The book was never published, and the materials have remained in George Eastman House¬ís collection ever since. Now, forty years later, this extensive and distinctive archive of untouched recipes and photographs are published in The Photographer¬ís Cookbook for the first time. The book provides a time capsule of contemporary photographers of the 1970s¬ómany before they made a name for themselves¬óas well as a fascinating look at how they depicted food, family, and home, taking readers behind the camera and into the hearts, and stomachs of some of photography¬ís most important practitioners.

China: Seen Through a Photographer's Eyes

The Photographer's Playbook: 307 Assignments and Ideas

The Photographer's Playbook: 307 Assignments and Ideas

Face Time: A History of the Photographic Portrait

Photo No-Nos: Meditations on What Not to Photograph