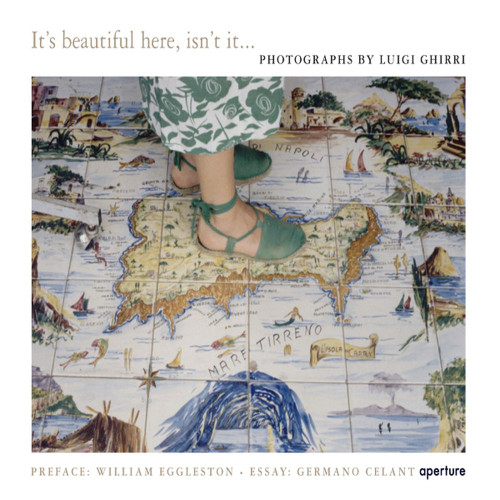 Luigi Ghirri was an extraordinary photographer, as well as a writer whose career was so rich and varied that it seems like a lesson in the contemporary history of the medium. Although well-known in his native Italy, Ghirri does not yet have the international audience his work merits-perhaps because he died so young. It's Beautiful Here, Isn't It-the first book published on Ghirri in the U.S.-will establish him as the seminal artist he was. Uncannily prescient, Ghirri shared the sensibility of what became known in the U.S. as the New Color and the New Topographics movements before they had even been named. Like his counterparts in Italian cinema, Ghirri believed the local and the universal were inseparable, and that life's polarities-love and hate, present and past-were equally compelling. Not surprisingly, his interests encompassed all the arts: he worked in Giorgio Morandi's studio and with architect Aldo Rossi, while influencing a generation of photographers, including Olivo Barbieri and Martin Parr. This dynamic new book includes a selection of Ghirri's essays published in English for the first time as well as a selected chronology.

Home Is Not Here