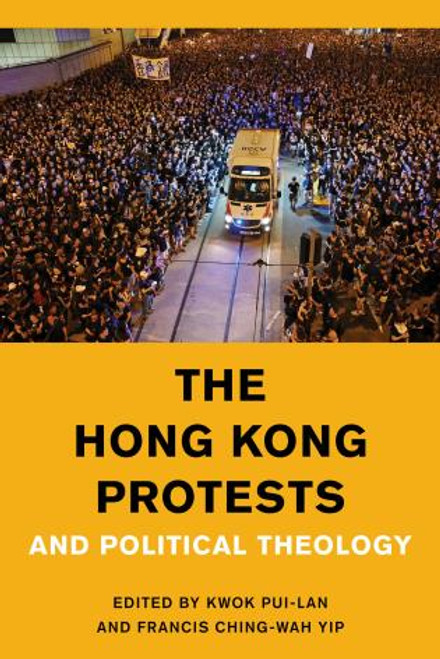 The Hong Kong protests in the second half of 2019 captured the world's attention. Demonstrations against an extradition bill, which would have allowed criminal suspects to be extradited to Communist China, grew into a larger civil liberties movement responded to with excessive force by the Chinese government. The Hong Kong protests began as peaceful demonstrations and assemblies but as the police used disproportionate force, some protesters responded by throwing petrol bombs and vandalizing subway stations and pro-Beijing businesses. The Hong Kong protests have raised many questions for political theology, particularly about decolonization and postcolonial democracy in a "one country, two systems" arrangement. Kwok Pui-Lan and Francis Ching-Wah Yip bring together a truly international cohort to discuss the relation between Christianity and Communism and the neoliberal economy. The protests challenge theologians to think about civil disobedience, religion and social movements, and the roles of the churches in social conflict. This interdisciplinary work will draw from social scientists, philosophers, and theologians, such as Gene Sharp, Hannah Arendt, Benny Tai, John Rawls, Paul Tillich, Martin Luther King Jr., Kim Yong-bock, and others. It will discuss the meaning of crucifixion, atonement, the suffering Messiah, justice, the demonic, and the roles of the Church in a time of global unrest and social ferment and protest. This volume aims to showcase theological reflections on the Hong Kong protests by scholars and activists in Hong Kong. Some of them have demonstrated on the streets, spoken in public forums, and provided pastoral care for students and protesters. To situate the Hong Kong protests in the broader contexts of social and political movements in the 20th and 21st centuries, the book includes reflections by theologians from different national and cultural backgrounds.