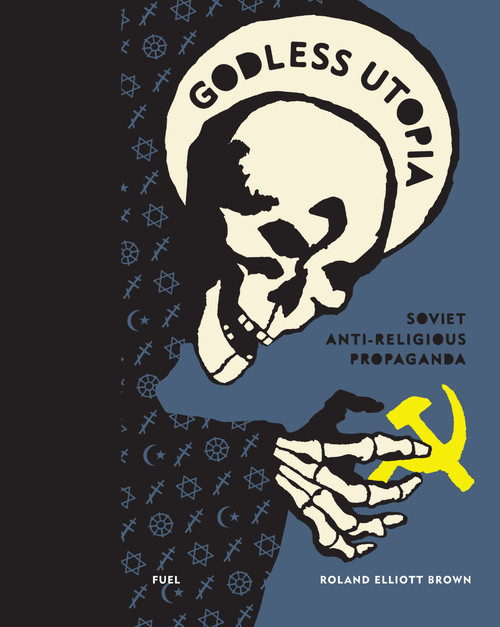 The first book to tell the visual story of the USSR¬ís war against religion of all denominations, from the 1917 revolution to its fall in 1991

¬ëWe¬íve finished the earthly tsars and we¬íre coming for the heavenly ones!¬í. Thus spoke the Soviet Union¬ís first atheist propagandists as they declared war on ¬ëthe opium of the people¬í across the USSR.

Soviet atheism is the great lost subject of the 20th century. Pope Pius XI led a ¬ëcrusade of prayer¬í against it. George Orwell satirised it in Animal Farm. The Nazis called it a Jewish plot. Franklin D Roosevelt pressured Stalin to abandon it. Aleksandr Solzhenitsyn blamed it for Russia¬ís catastrophes. Ronald Reagan put it at the core of his ¬ëEvil Empire¬í speech. And yet, because the Soviet Union promoted atheism almost entirely for domestic consumption, decades¬í worth of arcane and astonishing antireligious imagery remains unknown in the West.

Godless Utopia is the occult grimoire of a lost socialist anti-theology.

Utopia: The History of an Idea