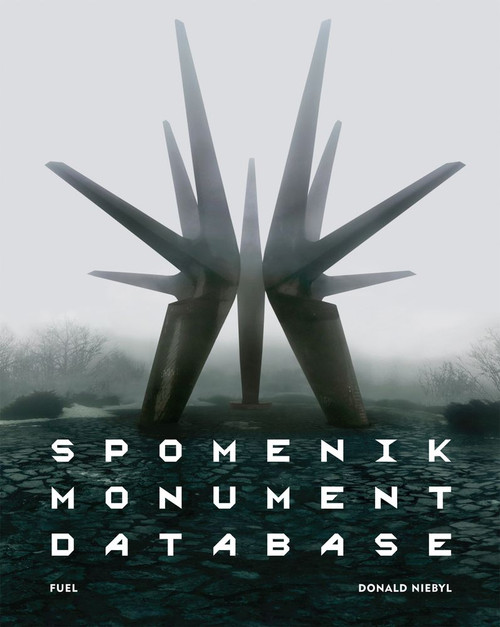 The first ever spomenik guidebook, with over 75 examples alongside map references and information on why they exist and who built them.

Spomenik' the Serbo-Croat/Slovenian word for 'monument' - refers to a series of memorials built in Tito's Republic of Yugoslavia from the 1960s-1990s, marking the horror of the occupation and the defeat of Axis forces during World War II. Hundreds were built across the country, from coastal resorts to remote mountains. Through these imaginative forms of concrete and steel, a classless, forward-looking, socialist society, free of ethnic tensions, was envisaged.

Instead of looking to the ideologically aligned Soviet Union for artistic inspiration, Tito turned to the west and works of abstract expressionism and minimalism. As a result, Yugoslavia was able to develop its own distinct identity through these brutal monuments, which were used as political tools to articulate Tito's personal vision of a new tomorrow. Today, following the breakup of the country and the subsequent Yugoslav Wars of the 1990s, some have been destroyed or abandoned. Many have suffered the consequences of ethnic tensions - once viewed as symbols of hope they are now the focus of resentment and anger.

This book brings together the largest collection of spomeniks published to date. Each has been extensively photographed and researched by the author, to make this book the most comprehensive survey of this obscure and fascinating architectural phenomenon.

A fold-out map on the reverse of the dust jacket shows the exact location of each spomenik using GPS coordinates.

The Buildings of Green Park: A tour of certain buildings, monuments and other structures in Mayfair and St. James's

Form and Light: From Bauhaus to Tel Aviv

When a Factory Becomes a Home: Adaptive Reuse for Living