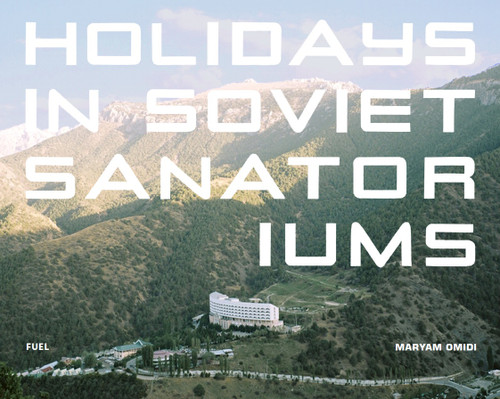 A fascinating photographic study of the previously overlooked Soviet Sanatoriums and their treatments ¬ñ stunning eastern bloc architecture meets crude-oil baths and radon water douches. Visiting a Soviet sanatorium is like stepping back in time. Originally conceived in the 1920s, they afforded workers a place to holiday, courtesy of a state-funded voucher system. At their peak they were visited by millions of citizens across the USSR every year. A combination of medical institution and spa, the era¬ís sanatoriums are among the most innovative buildings of their time. Although aesthetically diverse, Soviet utopian values permeated every aspect: western holidays were perceived as decadent. By contrast, sanatorium breaks were intended to edify and strengthen visitors ¬ñ health professionals carefully monitored guests throughout their stay, so they could return to work with renewed vigour. Certain sanatoriums became known for their specialist treatments, such as crude oil baths, radon water douches and stints in underground salt caves. While today some sanatoriums are in critical states of decline, many are still fully operational and continue to offer their Soviet-era treatments to visitors. Using specially commissioned photographs by leading photographers of the post-Soviet territories, and texts by sanatorium expert Maryam Omidi, this book documents over forty-five sanatoriums and their unconventional treatments. From Armenia to Uzbekistan, it represents the most comprehensive survey to date of this fascinating and previously overlooked Soviet institution.