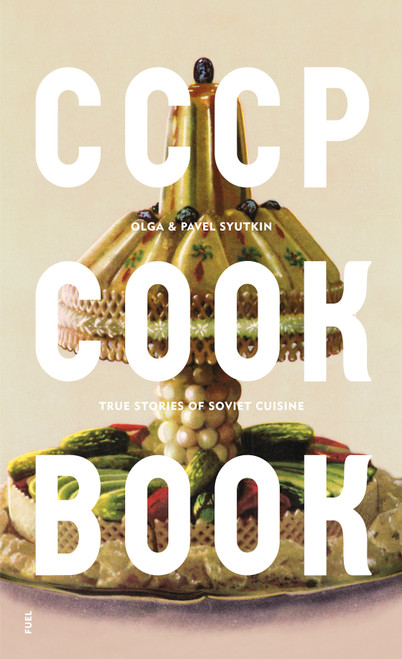 This book contains over 60 recipes, each introduced with an insightful historical story or anecdote, and an accompanying image, spanning such delicacies as aspic, borscht, caviar and herring, by way of bird¬ís milk cake and pelmeni. As the Soviet Union struggled along the path to Communism, food supplies were often sporadic and shortages commonplace. Day to day living was hard, both the authorities and their citizens had to apply every ounce of ingenuity to maximize often inadequate resources. The stories and recipes contained here reflect these turbulent times: from basic subsistence meals consumed by the average citizen (okroshka), to extravagant banquets held by the political elite (suckling pig with buckwheat), and a scattering of classics (beef stroganoff) in between. Illustrated using images sourced from original Soviet recipe books collected by the author. Many of these sometimes extraordinary-looking pictures depicted dishes whose recipes used unobtainable ingredients, placing them firmly in the realm of ¬ëaspirational¬í fantasy for the average Soviet household. In their content and presentation the pictures themselves act as a window into cuisine of the day, in turn revealing the unique political and social attitudes of the era.

Read This Book If You Don't Want a Story

The Story of Life: A First Book about Evolution