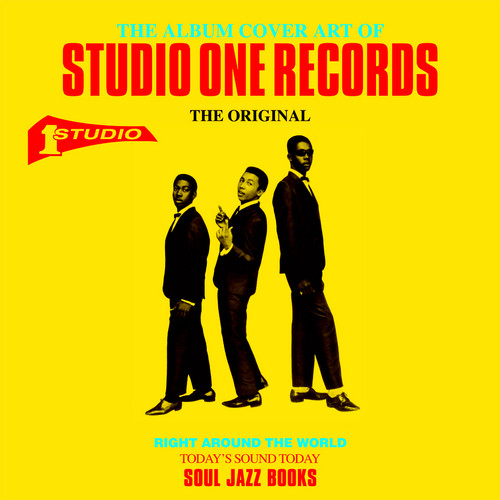 Studio One is the legendary Jamaican reggae label that launched onto the world Bob Marley and theWailers. As iconic as Motown was to soul, or Blue Note for Jazz, Studio One was the creation of one great figurehead Clement ¬ëSir Coxsone¬í Dodd. This deluxe hard-back book is the first ever to tell the story of Studio One and the many artists that it produced. The book features hundreds of stunning full size record cover designs of Studio One and original artwork as well as rare and exclusive photographs, original flyers and artist interviews. In the 1950s Clement Dodd¬ís ¬ëDownbeat Soundsystem¬í was the most important sound system in downtown Kingston¬ís burgeoning dancehall scene, fighting off the competition of Duke Reid, Tom the Great Sebastian and others. Dodd began producing his own records in the late 1950s and in 1963, the year after Jamaican Independence, he launched Studio One. Described by Chris Blackwell as the ¬ëUniversity of Reggae¬í, Studio One is by far the most important record label in the history of Reggae music, an A-Z of Jamaican music. It is where Bob Marley and theWailers, Horace Andy, Alton Ellis, Freddie McGregor, The Skatalites, Marcia Griffiths, Burning Spear, The Heptones, Toots and the Maytals and many more artists became stars. As Jamaica approaches the 50th anniversary of independence, this stunning deluxe book is a timely look at Reggae music¬ís legendary record label and the artists and musicians that it made famous.

Total Records: Photography and the Art of the Album Cover