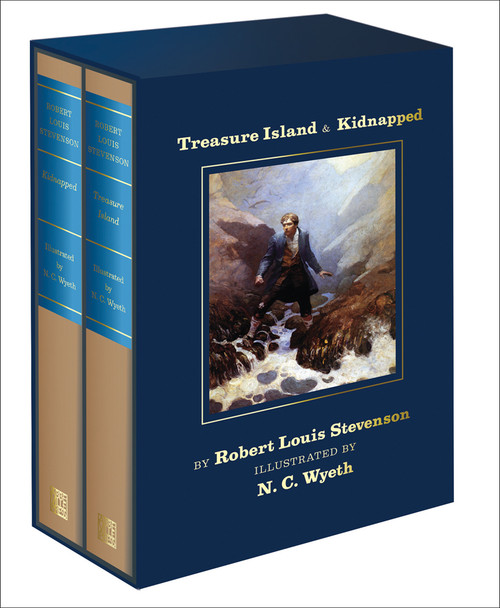 N.C. Wyeth's illustrations to Treasure Island and Kidnapped - first published in 1911 and 1913, respectively, by Charles Scribner's Sons - made his artistic reputation. With a bold mastery of light and colour, Wyeth brilliantly conveyed action, character, and setting, lending an extra excitement to Robert Louis Stevenson's tales of pirates and buried treasure, and intrigue in the Scottish Highlands. Now readers can enjoy this classic author-illustrator pairing in a handsome two-volume slipcased set, typeset anew and printed and bound to a high standard. This collectible set also includes a new introduction by Christine B. Podmaniczky, a leading expert on N.C. Wyeth. She reveals Wyeth's daring approach to these illustrations - which he painted at a large scale, directly on the canvas - and explores their later influence on visual culture, including stage and screen adaptations of Stevenson's novels. Also available: The Adventures of Tom Sawyer and Huckleberry Finn boxed set, ISBN 9780789213679