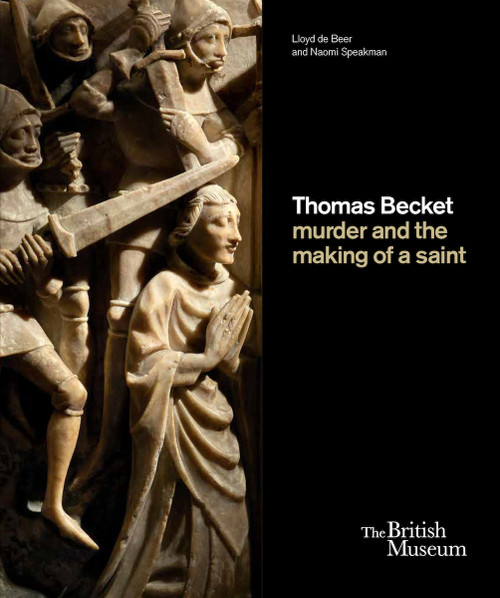 ‘A marvellous and consistently enthralling account’ - Christopher de Hamel, bestselling author of The Book in the Cathedral

Marking the 850th anniversary of his dramatic murder, this major exhibition and book presents Becket’s tumultuous journey from a merchant's son to Archbishop of Canterbury, and from a revered saint in death to a ‘traitor’ in the eyes of Henry VIII over 350 years later.

The assassination of Thomas Becket in Canterbury Cathedral on 29 December 1170 changed the course of history. Becket was one of the most powerful figures of his time, serving as royal Chancellor and later as Archbishop of Canterbury. Initially a close friend of King Henry II, the two men became engaged in a bitter dispute that culminated in Becket’s shocking murder by knights with close ties to the king. Becket was quickly canonised a saint by the Pope and his shrine at Canterbury became a major centre of European pilgrimage. Becket’s international popularity endured for centuries until Henry VIII attempted to eradicate his cult as part of his reforms of the Church in England.

Featuring an incredible array of objects associated with Becket, including medieval stained glass, manuscripts, jewellery and sacred reliquaries, Thomas Becket: murder and the making of a saint explores his dramatic life, death and legacy. This unique and fascinating story reveals the political and religious landscape of medieval Europe, demonstrating the formation and endurance of his cult.

In death Becket remained a figure of opposition to power and came to be seen as a defender of rights of the Church. An extraordinary number of miracles were recorded in the immediate aftermath of his death, leading to his rapid canonisation and the development of his cult. Images of Becket are found across Latin Christendom, from Germany and Spain, to Italy and Norway and Becket’s shrine at Canterbury Cathedral became one of the most significant pilgrimage sites in Europe.

A dedicated section will delve deeper into the Miracle Window of stained glass from Canterbury Cathedral. Here, new research from Professor Rachel Koopmans (York University, Toronto) examines the creative complexity of the windows, shedding light on the recent discoveries that led to the re-evaluation of some of the panels which were previously thought to be modern replacements.

Murder at No. 4 Euston Square: The Mystery of the Lady in the Cellar