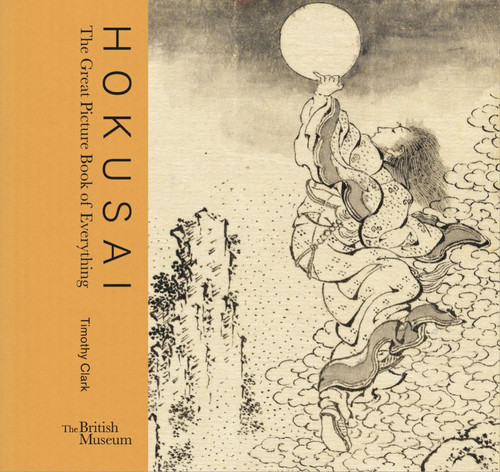 Katsushika Hokusai (1760–1849) is considered by many to be Japan’s greatest artist. During his seventy-year career, he produced a considerable oeuvre of some 3,000 colour prints, illustrations for over 200 books, hundreds of drawings and over 1,000 paintings. These 103 exciting and exquisite small drawings were made for an unpublished book called Great Picture Book of Everything – featuring wide-ranging subjects from depictions of religious, mythological, historical and literary figures to animals, birds, flowers and other natural phenomena, as well as landscapes. They are dominated by subjects that relate to ancient China and India, and also Southeast and Central Asia. Many subjects found in the collection are not found in previous Hokusai works, including fascinating imaginings of the origin of human culture in ancient China.

This beautifully produced book draws on the latest research, illustrating the complete set of drawings, published for the first time.


About the Author
Timothy Clark, Honorary research fellow, British Museum. Previously Head of the Japan section in the Department of Asia at the British Museum, Timothy Clark is an internationally renowned Hokusai scholar and has researched and published widely on the artist’s life and work. Previous titles include: Hokusai: beyond the Great Wave (BM/T&H), Shunga: sex and pleasure in Japanese art (BM Press), Hokusai’s Great Wave (BM Press).