Banksy: The Man behind the Wall: Revised and Illustrated Edition 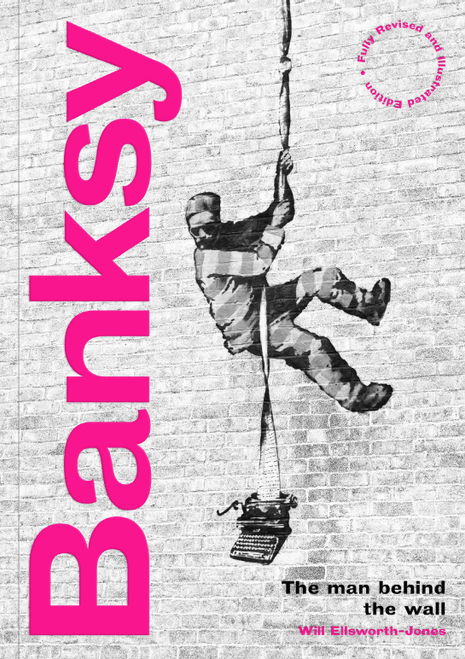 Banksy: The Man behind the Wall: Revised and Illustrated Edition

In this fully revised and richly illustrated edition, author and journalist Will Ellsworth-Jones pieces together a complete picture of the life and work of Banksy, perhaps the most iconic, enigmatic and controversial artist of modern times.

For someone who shuns the limelight so completely that he conceals his name, never shows his face and gives interviews only by email, Banksy is remarkably famous.

This fully updated and illustrated story of Banksy’s life and career builds an intriguing picture of his world and unpicks its contradictions. Whether art or vandalism, anti-establishment or sell-out, Banksy and his work have become a cultural phenomenon and the question ‘Who is Banksy?’ is as much about his career as it is ‘the man behind the wall’.

From his beginnings as a Bristol graffiti artist, his artwork is now sold at auction for seven-figure sums and hangs on celebrities’ walls. The appearance of a new Banksy is national news, his documentary Exit Through the Gift Shop was Oscar-nominated and people queue for hours to see his latest exhibition. Now moreNational Treasure than edgy outsider, who is Banksy and how did he become what he is today?

This book charts Banksy's journey from the graffiti-scrawled streets of Barton Hill, the working class neighbourhood of Bristol where he and others covered the walls with vibrant pieces while trying to avoid the police, through to some of the most prestigious galleries of the world, where his daring acts of guerilla art have forced us to reconsider how we define as art.

From the artist's own words to recollections of friends and colleagues, this book also examines the contradictions of Banksy's life: charting how a privately educated boy from a middle class area of Bristol reinvented himself as a rogue and an outlaw who would take the art world by storm.

With beautiful reproductions of some of his most controversial and recognisable works, this detailed study is a truly indispensible guide to understanding the ultimate art rebel whose work is no less relevant today than it was when he first started out some thirty years ago.

A Little History of the World: Illustrated Edition