Atlas of Forgotten Places: Journey to Abandoned Destinations from Around the Globe 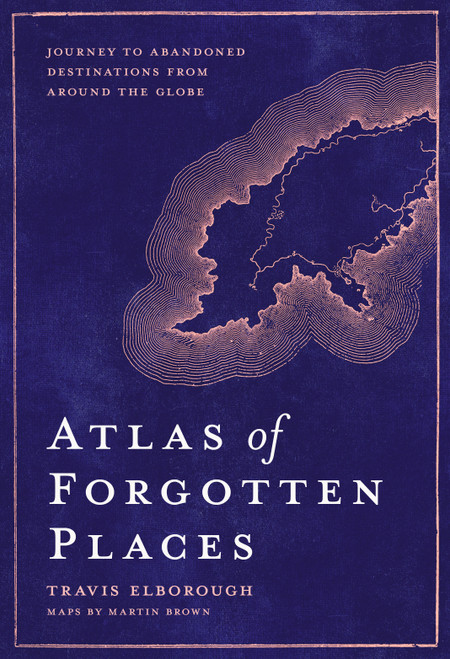 Atlas of Forgotten Places: Journey to Abandoned Destinations from Around the Globe

Explore the places that time forgot. Abandoned, mysterious, sleeping monuments around the world have been relegated to the margins of history, pushed off the map and out of sight. From ancient ruins and crumbling castles to more recent relics - an art deco New York subway station, a Soviet ghost town in the Arctic Circle, a flooded Thai mall teeming with aquatic life - Travis Elborough takes you on a journey into these strange, overlooked and disappearing worlds and immortalises their fates. Original maps and stunning colour photography accompany Travis Elborough's moving historic and geographic accounts of each site. The featured locations are a stark reminder of what was, and the accounts in this investigative book help to bring their stories back to life, telling us what happened, when and why, and to whom. The book features 40 sites, including: Santa Claus, Arizona, USA: A festive tourist resort turned ghost town deep in the desert where once you could meet Santa Claus any day of the year; Crystal Palace Subway, London, UK: One of the city's best-kept secrets is an underground, cathedral-like relic from where many Victorian commuters bustled through; Montserrat, West Indies: The small Caribbean island with a population of 5,000 that was evacuated when its volcano erupted in 1995. The volcano is still active and nearly half the island remains a designated exclusion zone; Balaklava Submarine Base, Crimea: The former top-secret Soviet submarine base that was kept off all official maps and known as Object 825 GTS; Volterra Psychiatric Hospital, Tuscany, Italy: Once dubbed 'the place of no return', this long-closed lunatic asylum once housed 6,000 patients who were never allowed to leave. Also in the Unexpected Atlas series: Atlas of Improbable Places, Atlas of Untamed Places, Atlas of the Unexpected and Atlas of Vanishing Places (WINNER Illustrated Book of the Year - Edward Stanford Travel Writing Awards 2020).

Journey Through Wine: An Atlas

Atlas of Improbable Places: A Journey to the World's Most Unusual Corners

Football Atlas: A journey across the world and onto the pitch

Atlas of Imagined Places: from Lilliput to Gotham City

Atlas of Dark Destinations: Explore the world of dark tourism

Atlas of Improbable Places: A Journey to the World's Most Unusual Corners

Archipelago: An Atlas of Imagined Islands