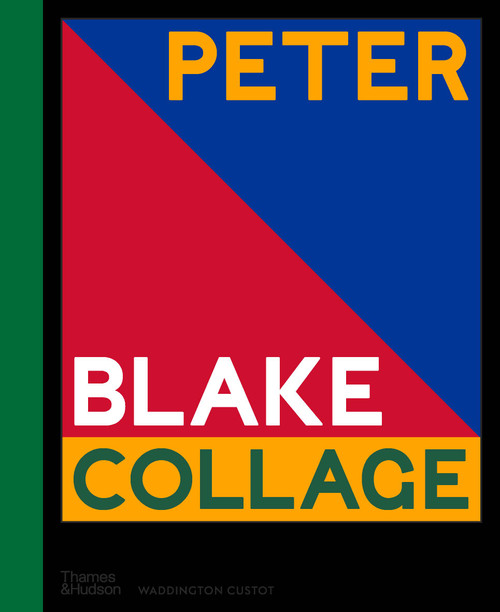 Peter Blake (b. 1932) has remained constant and groundbreaking in his exploration of the medium of collage throughout his career spanning seven decades. Most recognised for his iconic 1967 cover for The Beatles’ Sgt. Pepper’s Lonely Hearts Club Band album, Blake already understood the potential of collage as an art form as a student at the Royal College of Art in the 1950s, where his reputation as a founder and key proponent of the Pop Art movement was established.

An avid collector, Blake’s collages combine junkyard treasures and found objects with images from popular culture. He revisits themes drawn from his childhood – the entertainments of the circus, the glamour of the cinema and the showmanship of the wrestling ring – weaving detailed, often humorous narratives. From his early paintings depicting assembled fragments of popular imagery, to his found-object constructions and his most recent inkjet print collages, Blake has broadened the scope of what collage can be and communicate.

Peter Blake Collage provides the first comprehensive survey of Peter Blake’s work in the medium. It features a foreword by David Hockney, an essay by Patrick Elliott, Chief Curator of the Scottish National Gallery of Modern Art, Edinburgh, a recent interview with Peter Blake by Natalie Rudd, Senior Curator of the Arts Council Collection, over 250 colour reproductions and a newly compiled illustrated chronology.

Published in partnership with Waddington Custot.

Quentin Blake - A Year of Drawings