Marvellous Magicians: The greatest magicians of all time! 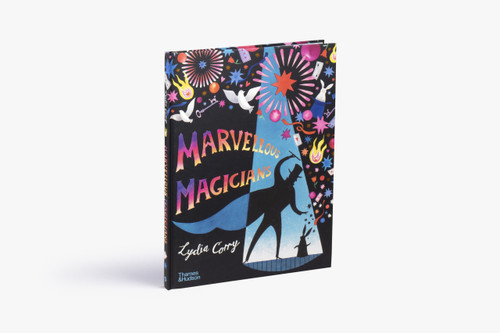 Marvellous Magicians: The greatest magicians of all time!

Marvellous Magicians celebrates the work of eight pioneering illusionists, both famous and under-represented, whose tricks have been the making of modern magic. Through a magical blend of biography, history and illustration, it brings these amazing magicians and their illusions into the spotlight. They include one of the first female magicians, Adelaide Herrmann, and African American illusionist Richard Potter, alongside such well-known greats as Houdini and his namesake and inspiration, Houdin.

Two spectacular fold-out pages reveal the secret workings of the Automata Chess Player and Howard Thurston¬ís dramatic transformation of an empty box into a world of wonders, while themed spreads explore the early history of magic, the eight effects of magic on which all tricks are based, the magician¬ís tool box, and the under-appreciated role of the magician¬ís assistant. For its finale, Marvellous Magicians explores the hidden societies who have kept the secrets of illusions closely guarded for decades, provides advice on becoming a magician and introduces readers to contemporary magicians from around the world including Australia, China, Japan, Russia, South Korea, UK and USA. Written in a theatrical style and illustrated with original gouache paintings, Marvellous Magicians is the perfect book for all aspiring magicians.

The Lives of 50 Fashion Legends: Visual biographies of the world's greatest designers

How to Win on the Battlefield: The 25 Key Tactics of All Time