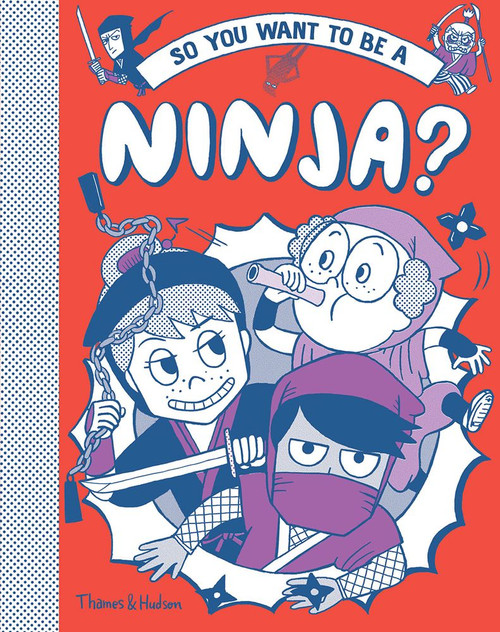 This humorous and handy guide contains all the information aspiring ninjas need to know. With padded ninja shoes underfoot and ninja stars around their belts, our plucky newbie ninjas Kate, Eddie and Angus travel back in time to 1789 Japan to enrol in the Iga School of Ninjutsu. Under the guidance of the Grand Master, they learn the ninjutsu craft from two of Japan's stealthiest ninjas - Hanzo, the ninja of many disguises (some convincing, some not so much¬¨√ñ) and Chiyojo, a kunoichi (female ninja) who is so clandestine that they're not entirely sure whether she actually exists. Finally, at their fingertips are the tightly guarded secrets of ninjutsu!

Inspired by the book Ninja, written by Japanese history scholar Stephen Turnbull and based on an original ninjutsu training manual, So you want to be a ninja? is illustrated throughout with zany illustrations by Japanese cartoonist Takayo Akiyama, bringing the craft of being a ninja to life in hilarious and entertaining detail.

I Want a Lion

So you want to be a Knight?

I Want to Concentrate