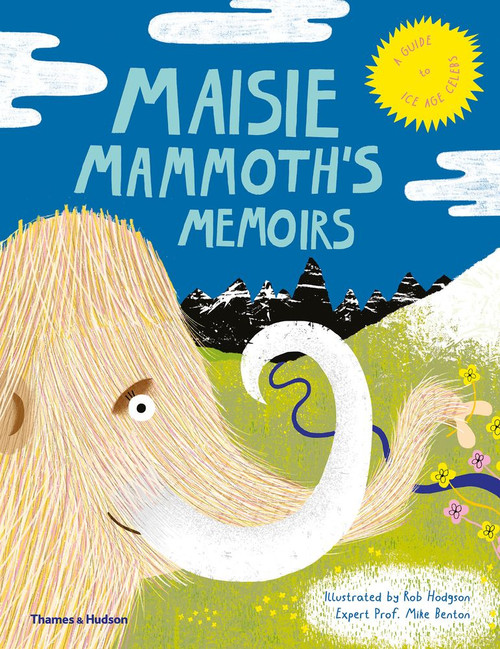 Here is the story of Ice Age beasts as told from the unique perspective of Maisie the woolly mammoth. Maisie's Ice Age 'who's who' reveals the defining characteristics of some of the most memorable creatures from prehistoric times.

Maisie's memoir includes tales about Stella the sabre-toothed tiger, the golden girl of the Ice Age, whose megawatt smile contained 25 cm canines; the villain we all love to hate, Trevor the Titanoboa, a 13 m mega-snake who could swallow a crocodile whole; and the slightly more camera-shy Gavin the Giant Ape, who is rumoured to have inspired the myth of the Yeti! Featuring the quirky illustrations of Rob Hodgson, Maisie Mammoth's Memoirs stands apart from other prehistoric beast titles with its characterful creatures and humorous approach to palaeontology based on some of the latest scientific research - look out for tips on how to defrost a woolly mammoth! It is the second in a series that brings animals from the distant past alive for young children.

The Ultimate Guide to the Witch's Wheel of the Year: Rituals, Spells & Practices for Magical Sabbats, Holidays & Celebrations: Volume 10

Counterpoint: A Memoir of Bach and Mourning