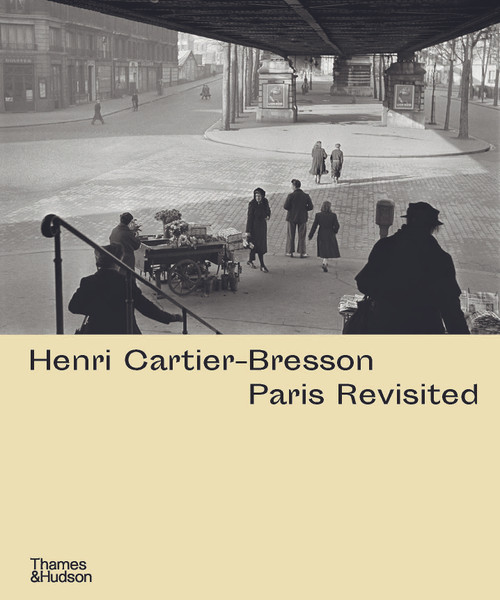 Henri Cartier-Bresson was ‘the eye of the 20th century’ and one of the world’s most acclaimed photographers. Paris was his home, on and off, for most of his life (1908–2004). The photographs he took of the city and its people manage to be both dreamlike and free of affectation.

Here are around 160 photographs taken over a more than fifty-year career. Mostly in black and white, this selection reveals the strong influence on Cartier-Bresson of pioneering documentary photographer Eugène Atget (1857–1927), and the clear visual links with Surrealism that infused Cartier-Bresson’s early pictures. After an apprenticeship with Cubist painter André Lhote, in 1932 Cartier-Bresson bought his first Leica, a small portable camera that allowed him to capture movement and the rhythms of daily life in Paris. Cartier-Bresson observed from close quarters the Liberation in August 1944 and the civil disturbances of May 1968. In between he also succeeded in capturing the faces of Parisians in their natural habitat, celebrated artists and writers and citizens alike. Ever-attentive to different ways of portraying the city around him, Cartier-Bresson returned to drawing during the last two decades of his life.

This collection is not only a superb portrait of Paris in the 20th century, it is testament to Cartier-Bresson’s skill as a supreme observer of human life.

Day & Night: Rainforest: Explore the world around the clock

Day & Night: Metropolis: Explore the world around the clock