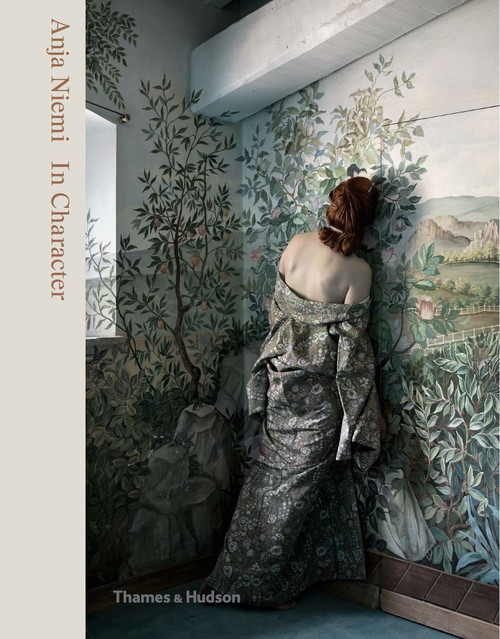 Anja Niemi: In Character is the first career retrospective/monograph by one of the most exciting talents working in contemporary photography, whose work has emerged as a distinctive force within the venerable tradition of conceptual self-portraiture.

A photo-artist who works alone - photographing, staging and acting out the characters in all of her images - Niemi is a constant presence, in character, in her work, developing complex, nuanced narratives through evocative costume and styling, her characters framed and formed within meticulously staged mise-en-sc√®ne. In her bewitching 'Darlene & Me' series, for example, she reconfigures the concept of the Hitchcock blonde within a pristine Lynchian landscape for her own visual pleasure - and ours - while in 'She Could Have Been A Cowboy' she turns the lens to a life lived under the constraints of conformity.

Anja Niemi is now at the 'breakout moment' in her career, having had exhibitions in Amsterdam, London, New York, Oslo and Paris, and with her first museum retrospective show opening at Fotografiska Museum in Stockholm in February 2019. With over 100 photographs organized into the six series that have marked Niemi's career to date, supported by an essay and interview by Max Houghton, Anja Niemi: In Character is the perfect introduction for those encountering Niemi's work for the first time, and a comprehensive retrospective of her career to date for her long-time followers.