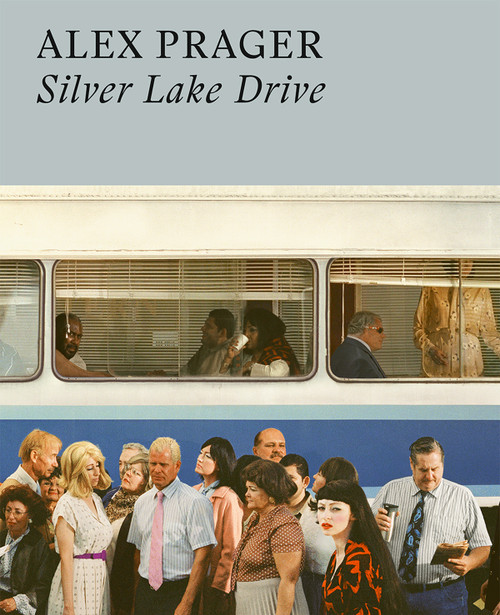 Alex Prager is one of the truly original image makers of our time. Working fluidly between photography and film, she creates large-scale projects that combine elaborately built sets, highly staged, complex performances and a ¬ëHollywood¬í aesthetic to produce still and moving images that are familiar yet strange, utterly compelling and unerringly memorable. In her career she has won both popular acclaim and the recognition of the art establishment ¬ñ her work can be found in the collections of MoMA and the Whitney Museum in New York as well as institutions worldwide.

This book is the first career retrospective of this rising star. In 120 carefully curated photographs, it summarizes Prager¬ís creative trajectory and offers an ideal introduction for the popular ¬ëbreakout¬í audience who may have only recently encountered her work. Structured around her project-orientated approach, Silver Lake Drive presents the very best images from her career to date: from the early Film Stills through her collaborations with the actor Bryce Dallas Howard on Week-end and Despair to the tour de force of Face in the Crowd ¬ñ shot on a Hollywood sound stage with over 150 performers ¬ñ and her 2015 commission for the Paris opera La Grande Sortie.

Supported by an international exhibition schedule, and including an in-depth interview with Alex Prager by Nathalie Herschdorfer and supplementary essays by the curators of renowned museums and galleries, this book will be an essential addition to the collection of anyone who has followed Prager¬ís career and all with an interest in and appreciation of contemporary art.

The Suffering of Light: Thirty Years of Photographs by Alex Webb