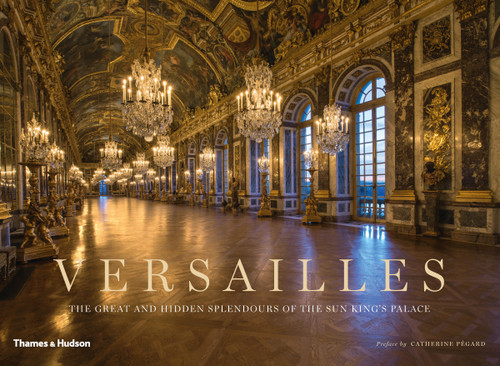 ¬ëThe Ch√¢teau de Versailles is a real photographic challenge because it is so huge: there is an infinite number of possible points of view and they are never the same, depending on the time of day, the weather or the season¬Ö There are always new photos to take, to contemplate, to dream of. It is a demanding place that stimulates creativity and encourages you to look at it again and again¬í Thomas Garnier

Versailles is one of the most photographed places in the world, but only four people have the privilege of being the Palace¬ís official photographers. They have uniquely unfettered access to the secrets that lie within, outside and beneath this enormous domain where they spend their days ¬ñ and sometimes their nights.

Now, for the first time, they open their personal albums to offer a wealth of impressions and responses. Two hundred and fifty previously unpublished photographs reveal a plethora of outstanding artworks, the private apartments of Louis XIV, MarieAntoinette and Madame de Pompadour, magnificent galleries, the delightful Orangerie and more, all accompanied by texts that provide a lively introduction to daily life at the Ch√¢teau and its momentous history.

This is a monumental volume on a scale that matches the grandeur of the worldrenowned Palace it celebrates.