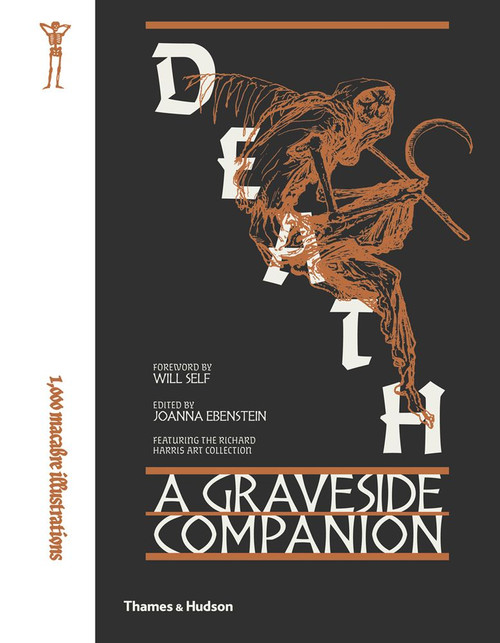 Death is an inevitable fact of life. Throughout the centuries, humanity has sought to understand this sobering thought through art and ritual. The theme of memento mori informs medieval Danse Macabre, the Tibetan Book of the Dead, Renaissance paintings of dissected corpses and "anatomical Eves," Gothic literature, funeral effigies, Halloween, and paintings of the Last Judgment. Deceased ancestors are celebrated in the Mexican Day of the Dead, while the ancient Egyptians mummified their dead to secure their afterlife.

A volume of unprecedented breadth and sinister beauty, Death: A Graveside Companion examines a staggering range of cultural attitudes toward death. The book is organized into themed chapters: The Art of Dying, Examining the Dead, Memorializing the Dead, The Personification of Death, Symbolizing Death, Death as Amusement, and The Dead After Life. Each chapter begins with thought-provoking articles by curators, academics, and journalists followed by gallery spreads presenting a breathtaking variety of death-related imagery and artifacts. From skulls to the dance of death, statuettes to ex libris, memento mori to memorabilia, the majority of the images are of artifacts in the astonishing collection of Richard Harris and range from 2000 BCE to the present day, running the gamut of both high and popular culture.

"The most beautiful pastel ever seen": The Chocolate Girl by Jean-Etienne Liotard