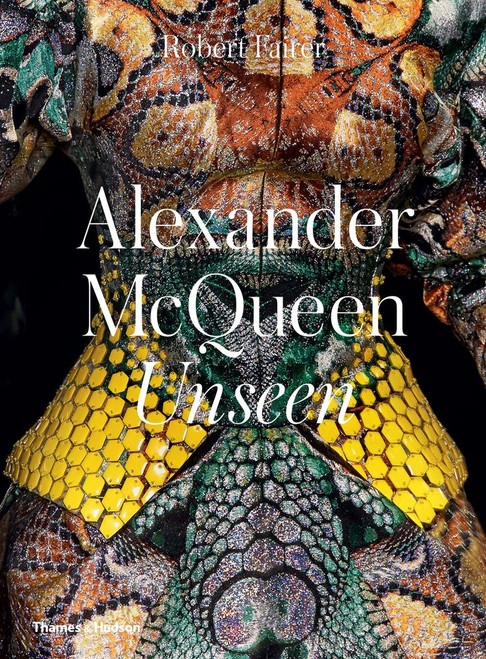 Alexander McQueen has grasped the public's imagination like few other fashion designers before him, with exhibitions dedicated to his work continuing to attract record visitor numbers. Almost 500,000 people visited the V&A's 2015 'Alexander McQueen: Savage Beauty' exhibition, making it the most popular in the museum's history. Opening with a brief essay on the designer's work, Alexander McQueen: Unseen unfolds chronologically. Each collection is introduced by a concise text by Claire Wilcox, one of the foremost experts on the McQueen's work, revisiting the designer's most iconic creations across his entire career and revealing previously unseen behind- the-scenes moments that capture models, hairdressers, stylists, make-up artists and Alexander McQueen himself at their most candid and creative. Robert Fairer's stunning and high-energy photographs, all previously unpublished, capture the glamour, grit and spirit that made McQueen's flamboyant shows unique. A treasure-trove of inspiration, they make this publication a must-have reference for fashion and photography lovers alike.

What Alexander McQueen Can Teach You About Fashion