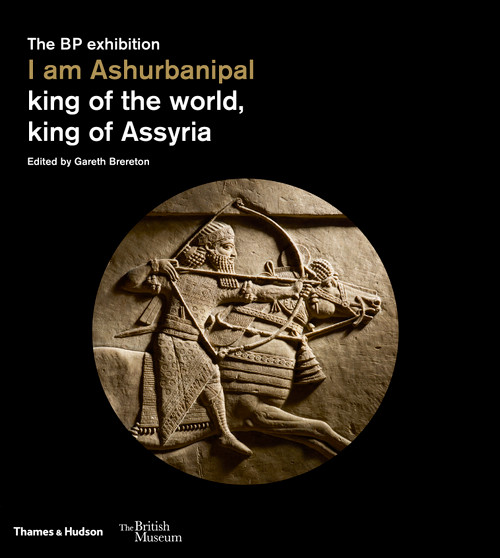 In 669 BC Ashurbanipal inherited the world¬ís largest empire, which stretched from the shores of the eastern Mediterranean to the mountains of western Iran. He ruled from his massive capital at Nineveh, in present-day Iraq, where temples and palaces adorned with brilliantly carved sculptures dominated the citadel mound, and an elaborate system of aqueducts and canals brought water to the king¬ís pleasure gardens. Ashurbanipal, proud of his scholarship, assembled the greatest library in existence during his reign. Guided by this knowledge, he defined the course of the Assyrian empire and asserted his claim to be ¬ëking of the world¬í.

Beautifully illustrated and written by an international team of experts, this book features images of objects excavated from all corners of the empire. The British Museum¬ís unrivalled collection of Assyrian reliefs brings to life the tumultuous events of Ashurbanipal¬ís reign: his conquest of Egypt, the crushing defeat of his rebellious brother in Babylon and his ruthless campaign against the Elamite rulers of south-west Iran.

I am Ashurbanipal: king of the world, king of Assyria provides an illuminating account of the Assyrian empire told through the story of its last great ruler, and highlights the importance of preserving Iraq¬ís rich cultural heritage for future generations.

Erwin Olaf: I Am

I Heart the World

If I Were King

Hong Kong Then and Now

I Live in the Slums: Stories