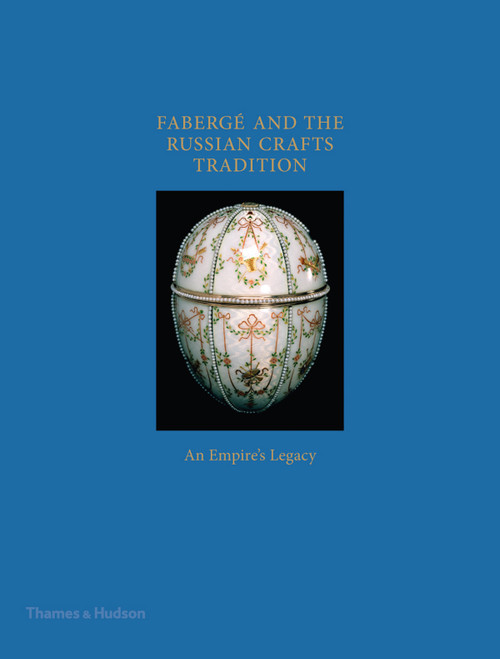 This book gives a comprehensive overview of Russian decorative art from the twelfth century to the early twentieth and includes some of the most technically accomplished works of art ever produced. These exquisite pieces range from a twelfth-century gold enamel pendant and jewelled Byzantine icons, to a seventeenth-century casket in the shape of a palace, intricately worked drinking bowls and cups, an eighteenth-century painted enamel snuffbox in the form of an envelope, decorated enamel cigarette cases, a magnificent Chinoiserie tea set, an oval box with the monogram of Tsar Nicholas II picked out in diamonds, two magnificent Faberg√© eggs, including one that opens up to reveal a miniature model of the Gatchina Palace, and a finely crafted diamond necklace with portraits of the four daughters of Nicholas II, who were killed in the Russian Revolution. The core of this magnificent collection of Russian art was acquired by Henry Walters for the Walters Art Museum in the years following the Russian Revolution and reveals the sophistication and breathtaking skill of Russian artists. This book accompanies an exhibition on Faberg√© and Russian art at the Walters Art Museum, Baltimore, being organized to mark the 100th anniversary of the Russian Revolution.

The Elegance of the Hosokawa: Tradition of a Samurai Family

Blacksmith: Apprentice to Master: Tools & Traditions of an Ancient Craft