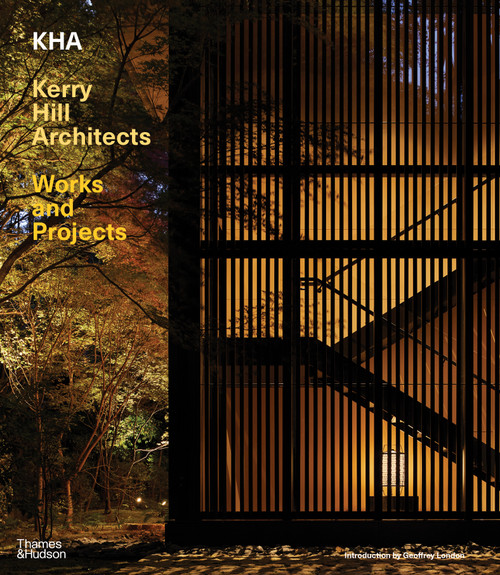 KHA / Kerry Hill Architects: Works and Projects celebrates the buildings, resorts and spaces designed by the internationally renowned practice founded by the late Kerry Hill in Singapore in 1979.

KHA has grown through the decades from a small studio in Singapore, known for redefining boutique hotels and resorts in Asia, to an architectural practice that embraces a distinguished global portfolio of public buildings and private residences, while continuing to pioneer innovation in resorts and hotels throughout the world.

This comprehensive illustrated monograph captures KHA’s commitment to achieving authenticity and exactitude in its work. The buildings presented are highly sensitive to their settings, their relationship to the landscape and their cultural contexts. These values of place are also celebrated in their interior spaces, which are enriched by contemporary crafting and highly considered details.

KHA / Kerry Hill Architects: Works and Projects brings together a corpus of more than fifty completed works from 1992 to the present, with an emphasis on KHA’s recent projects. These include the trio of newly completed and celebrated Aman hotels in Japan, Amanyangyun, near Shanghai, and the recently completed Walyalup Civic Centre in Fremantle, Western Australia. Added to this are a range of new commissions currently being developed by the practice’s two studios, including two wineries – one in Western Australia and the other in Tasmania – and a remarkable design for a desert resort in Saudi Arabia.

Geoffrey London is Emeritus Professor of Architecture at The University of Western Australia where he is a past Dean and Head of School. He is a Professorial Fellow at The University of Melbourne, an Adjunct Professor at Monash University, a Life Fellow of the Australian Institute of Architects (AIA), a previous WA Chapter President of the AIA and an Honorary Fellow of the New Zealand Institute of Architects. He previously held the positions of Victorian Government Architect (2008–14) and Western Australian Government Architect (2004–08) and has written extensively on aspects of contemporary architectural practice.

KHA / Kerry Hill Architects was founded in 1979 by the late Kerry Hill AO. The practice, now based in two studios in Singapore and Fremantle, Australia, works in many countries throughout the world, and is highly regarded for the sensitivity and generosity of its approach to architectural and interior design.