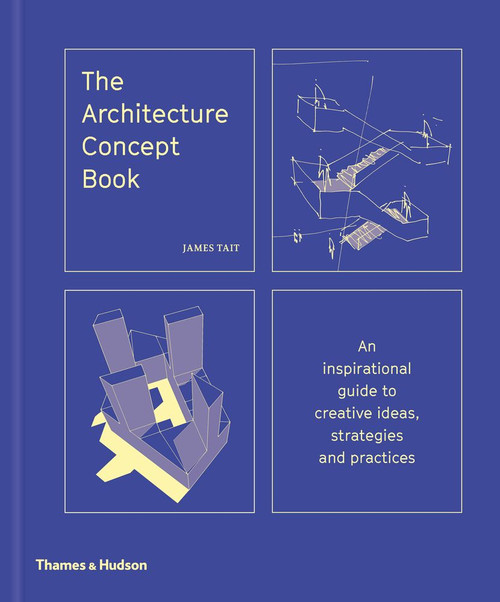 Inspired by the complexity and heterogeneity of the world around us, by the rise of new technologies and their associated behaviours, The Architecture Concept Book seeks to stimulate young architects and students to think outside of what is often a rather conservative and self-perpetuating professional domain, and to be influenced by everything around them.

Organized into four central themes, the book explores 32 architectural concepts, or strategies, which cover wide-ranging and not always architecturally centred subjects. These progress from such notions as disorder, function and memory, to basic architectural components such as the wall, roof, stair and services, to social phenomena such as influence and respect, before concluding with texts on reviewing, optimising and economising. The aim is to create more thoughtful architects for the Digital Age.

Each theme is accompanied by photographs, plans, and illustrations specially drawn by the author to explain spatial ideas, from the small-scale to the urban. In a compact format, the words and pictures come together to create a reference source to which students and young professionals will return again and again.