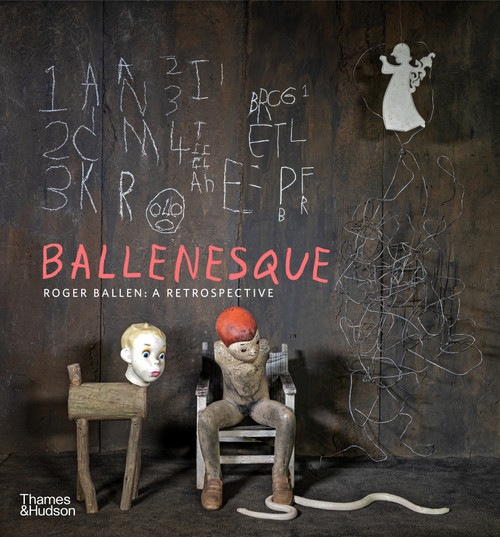 A substantial retrospective on one of the world’s most remarkable and critically acclaimed art photographers.

Separated into four parts, Ballenesque takes readers on a visual, chronological journey through Roger Ballen’s entire oeuvre, including both iconic images and previously unpublished photographs. Part I explores his formative artistic influences and his later rediscovery of boyhood through photography, culminating in his first published monograph, Boyhood, in 1979. Part II then charts the period between 1980 and 2000, during which time his deeper search for the elemental self found its way into the ‘Dorps’, or small towns, of South Africa and concluding with the release of his seminal monograph Outland. Part III covers the years 2000–2013, when Ballen achieved global recogition with Shadow Chamber and Boarding House and his work began to veer away from portraiture altogether. Finally, in Part IV, Ballen reflects upon his career in its entirety.

With over 300 photographs and an introduction by eminent academic Robert J. C. Young, this book provides both an entirely new way of seeing Ballen’s work for those who already follow his career and a comprehensive introduction for those encountering his photographs for the first time.

The World According to Roger Ballen