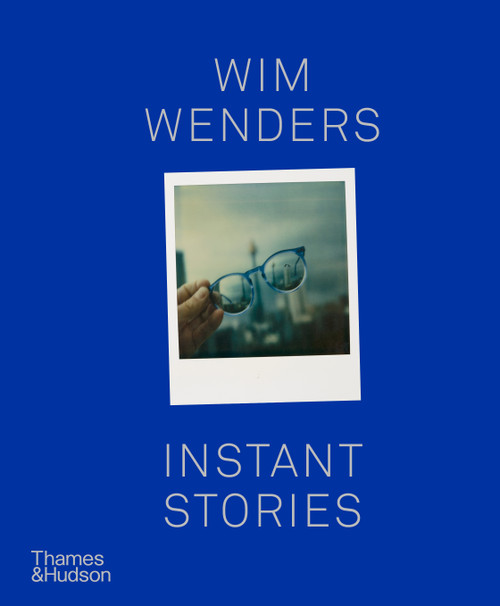 As well as being an acclaimed filmmaker and a member of the New German Cinema movement, Wim Wenders (b. 1945) has also made an international name for himself as a photographer, with shows all over the world. He now opens a treasure chest of Polaroids taken during the 1970s and 1980s.

Here are portraits of friends, actors and personal heroes; souvenirs of places and events from the life of a young travelling filmmaker; impressions of his first trips to the US, shots of movie icons on American TV screens, the cinemas of provincial Germany in the 1970s, and much more. The adventure of shooting films around the world becomes an almanac of adventure, curiosity and tranquillity.

Wenders’ instant photographs are interwoven with his own stories, memories and flights of fancy that weave the images into an intimate and poetic journey. Instant Stories is a photographic road movie of the director’s early years, as he rose to global fame with films such as The Scarlet Letter, Alice in the Cities, Wrong Move, Kings of the Road and The American Friend.

The Star in the Forest (Paperback edn.)

Ireland's Forgotten Past: A History of the Overlooked and Disremembered (Paperback edn.)

Franklin and Luna and the Book of Fairy Tales (Paperback edn.)