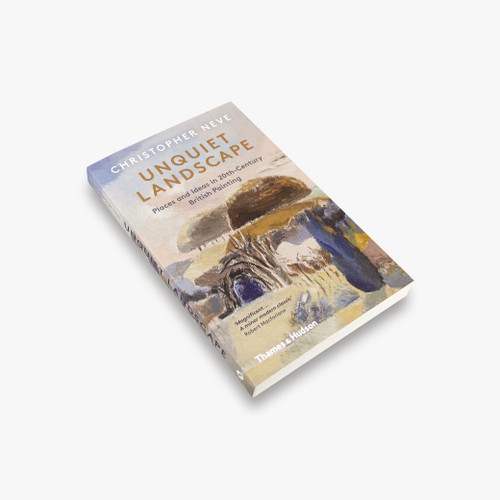 Christopher Neve¬ís classic book is a journey into the imagination through the English landscape. How is it that artists, by thinking in paint, have come to regard the landscape as representing states of mind? ¬ëPainting¬í, says Neve, ¬ëis a process of finding out, and landscape can be its thesis.¬í What he is writing is not precisely art history: it is about pictures, about landscape and about thought. Over the years, he was able to have discussions with many of the thirty or so artists he focuses on, the inspiration for the book having come from his talks with Ben Nicholson; and he has immersed himself in their work, their countryside, their ideas. Because he is a painter himself, and an expert on 20th-century art, Neve is well equipped for such a journey. Few writers have conveyed more vividly the mixture of motives, emotions, unconscious forces and contradictions which culminate in the creative act of painting.

Each of the thirteen chapters has a theme and explores its significance for one or more of the artists. The problem of time, for instance, is considered in relation to Paul Nash, God in relation to David Jones, music to Ivon Hitchens, hysteria to Edward Burra, abstraction to Ben Nicholson, ¬ëthe spirit in the mass¬í to David Bomberg. There are also chapters about painters¬í ideas on specific types of country: about Eric Ravilious and the chalk landscape, Joan Eardley and the sea, and Cedric Morris and the garden.

Spirit of Place: Artists, Writers and the British Landscape

The Garden Source: Inspirational Design Ideas for Gardens and Landscapes