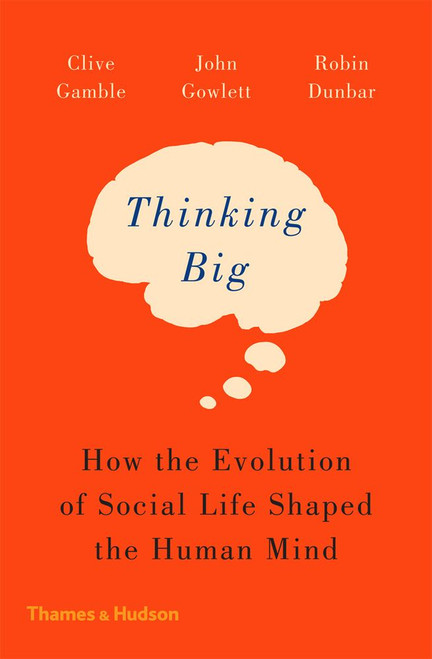 When and how did the brains of our hominin ancestors become human minds? When and why did our capacity for language or art, music and dance evolve? It is the contention of this pathbreaking and provocative book that it was the need for early humans to live in ever-larger social groups, and to maintain social relations over ever-greater distances - the ability to 'think big' - that drove the enlargement of the human brain and the development of the human mind. This 'social brain hypothesis', put forward by evolutionary psychologists such as Robin Dunbar, one of the authors of this book, can be tested against archaeological and fossil evidence, as archaeologists Clive Gamble and John Gowlett show in the second part of Thinking Big. Along the way, the three authors touch on subjects as diverse and diverting as the switch from finger-tip grooming to vocal grooming or the crucial importance of making fire for the lengthening of the social day. As this remarkable book shows, it seems we still inhabit social worlds that originated deep in our evolutionary past - by the fireside, in the hunt and on the grasslands of Africa.

How Life on Earth Began: Fossils · Dinosaurs · The First Humans

Intuition: How to Develop it and Use it in Everyday Life

The Warm South: How the Mediterranean Shaped the British Imagination